↓
Home→Feature→Ever Was Heard an Encouraging Word

Mike Howerton remembers the two vastly different ways two of his high school coaches approached encouraging the team. Howertown remembers that in one game, his team was losing. During halftime, the two coaches would give two very different pep talks. 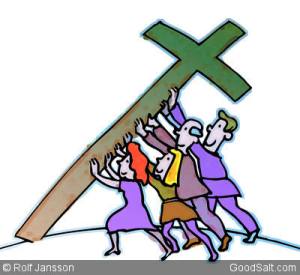 “Coach Crow [came] in growling, spitting disdain in his words at us: ‘What a bunch of losers. Whaddya say let’s get your girlfriends suited up; they’d do a better job. Your flimsy arm-tackles make me wanna puke. I’m gonna go look for some diapers for you babies to wear in the second half; maybe then you won’t embarrass yourselves so bad.’ He’d leave, and absolute silence would descend, virtually no sound except for the muffled sobs of Monty, our kicker, in the corner. Then our defensive head coach, Coach Rush, would come in. He’d look each of us in the eyes with his steely glint. When he began to speak, you could feel strength flow into your limbs. He would begin with something like this, measured, masculine, and building in intensity: ‘I don’t see high school students. I see lions. This locker room is filled with lions. A bunch of lions is called a pride. A pride of lions hunts together. A pride of lions kills together …. Lions are majestic to behold …. Lions are the kings of the land, and this is your land. You are the pride here. But there’s one thing I haven’t heard you lions do tonight. I haven’t heard you roar. Now we’re gonna go out there … and everyone in this two-bit town is gonna hear you roar because you are LIONS and LIONS ROAR!’ And we’d erupt in an ear-splitting roar (even Monty) because we weren’t seniors or juniors; we were LIONS and LIONS ROAR, and we’d go out to inevitable victory. When Coach Rush died unexpectedly a few years later, he was so beloved that there was a motion to name the stadium after him.”1

Which coach would you work harder for? Not much of a decision, is it? It’s hard to keep doing your best job when all you ever get is negative feedback, isn’t it?

In the early scenes of the movie, Full Metal Jacket, the drill instructor seems to single out one particular recruit, then takes every opportunity to verbally abuse and denigrate this recruit until finally we see that the recruit has committed suicide. Clearly, whoever made up “Sticks and stones may break my bones, but words can never hurt me” did not understand the power of words. The marks made by sticks and stones heal, while the wounds left by words sometimes never heal.

All the more reason, as we interact with our brothers and sisters in Christ that we take extra care about what we say. Paul seems to have understood how important encouraging words were to the Thessalonians:

“We give thanks to God always for you all, making mention of you in our prayers, remembering without ceasing your work of faith, labor of love, and patience of hope in our Lord Jesus Christ in the sight of our God and Father,” I Thessalonians 2-3

Can you imagine how differently things might have gone if Paul had started his letter with a laundry list of all the things the Thessalonians were doing that needed help? Do you think that their church would have been very successful if all they ever heard was what they were doing wrong? I’m pretty sure they would have gotten discouraged and given up.

How are we doing in our own churches? Check this out:

“There are many who, with proper encouragement, would begin in out-of-the-way places to make efforts to seek and to save that which is lost. The Lord blesses those self-sacrificing ones, who have such a hunger for souls that they are willing to go anywhere to work. But, in the past, how much encouragement has been given to such workers by their brethren? Many of them have waited for something to do, but no attention has been given to them.

“If the ministers had given help and encouragement to these men and women, they would have been doing the work appointed them by the Lord. They have been the spiritual poverty of unworked fields, and have longed to do something to help. But it has taken so long for encouragement to come to them that many have gone into other lines of work.”(E.G. White, Spalding and Magan Collection, p 176)

Stop and think. What’s something we can do right now that will show our church friends how much we appreciate them? How can we show them that our church family would be diminished if they were not with us? Is encouragement as simple as a quick hug in the foyer on Sabbath morning? a phone call? an email, note, or a text? It doesn’t have to be anything elaborate. It doesn’t even have to cost any money. It’s as simple as saying to someone, “I appreciate you.”

This week’s assignment: Think of at least one person in your church family who you can encourage.

“We give thanks to God always for you all, making mention of you in our prayers, remembering without ceasing your work of faith, labor of love, and patience of hope in our Lord Jesus Christ in the sight of our God and Father,” I Thessalonians 2-3