Ellen G. White, On the Mount of Olives, in The Desire of Ages, p. 633; Speedy Preparation,in Fundamentals of Christian Education, p. 335; Extension of the Work in Foreign Fields, in Testimonies for the Church, vol. 6, p. 23. 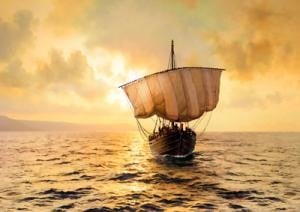 The New Testament employs two Greek nouns, accompanied by the adjective all, to express the worldwide extent of Christian mission: all the kosmos in Matthew 26:13, Mark 14:9, and Mark 16:15, and all the oikoumene in Matthew 24:14. While kosmos, the more general term for the realm of orderly existence, signifies the planet (with approximately one hundred fifty New Testament occurrences), the more specific oikoumene focuses on the world’s human inhabitants.

How extensive was the whole world for the first Christians? Within a few years of the crucifixion, they had reached modern-day Cyprus, Lebanon, Syria, Turkey, Macedonia, Greece, and Italy. There is evidence that they propagated the gospel as far as southern Russia (ancient Scythia) in the north, Ethiopia in the south, India in the east, and Spain in the west.

Did the early Christian missionaries believe they had to reach the whole world with the gospel? According to the Acts of the Apostles, the Holy Spirit on the day of Pentecost, the birthday of the Christian church, began to proclaim the mighty works of God to visitors from a list of nations, geographic regions, and ethnic groups (Acts 2:5-11). From its first day of life, the Christian church has been aware of the worldwide extent of its mission. If they had that understanding back then, how much more so should we today?