↓
Home→Daily→Friday: Further Thought ~ An Exciting Way to Get Involved

A number of years ago a small European church outside of one of the continent’s major cities decided that it had to do something significant for the Lord. The church was stagnant. No one had been baptized for years. If the present trend continued, the church had little future.

The pastor and his church board earnestly prayed and carefully considered what they might do. 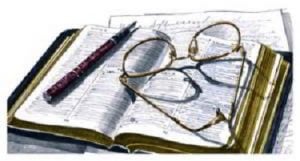 As they studied the New Testament, they decided to establish a small group ministry. Nine lay people in the congregation caught the vision. They committed themselves to pray together and study how to establish their small group ministry effectively. Soon they decided to make each of their homes an evangelistic center. The groups learned to exercise their gifts in various ways. They launched prayer and hospitality ministries. They developed friendships in the community. They reached out in acts of kindness to their family, friends, and to former Adventists. The small group leaders began Bible studies in nine homes with forty guests in attendance. They were amazed at what the Holy Spirit was doing. Eventually seventeen of the forty were baptized. The testimony of that small, stagnant church is that small groups make an enormous difference. They are one of God’s means to involve multiple church members in the mission of the church.