Author Leon Wieseltier wrote about what he said was “one of the saddest stories in the world.” He told of an Englishman, named “S.B.,” who had been blind from birth. However, the good news was that, at 52 years old, S.B. had a corneal transplant that gave him sight. For the first time in his life, S.B. was able to see! It must have been incredibly exciting for him to, finally, see the world that had unfolded all around him his whole life but was, literally, out of sight. 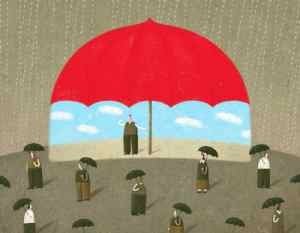 However, Wieseltier then quotes the book in which he first read the story. S.B., said the author, “found the world drab, and was upset by flaking paint and blemishes. . . . He noted more and more the imperfections in things, and would examine small irregularities and marks in paintwork or wood, which he found upsetting, evidently expecting a more perfect world. He liked bright colours, but became depressed when the light faded. His depression became marked and general. He gradually gave up active living, and three years later he died.”-www.newrepublic.com/article/113312. Wow! Though hard to understand on one level, on another it’s not. Our world is a damaged place. The great controversy has been raging here for about six thousand years. A six-thousand-year war is going to leave a lot of wreckage in its wake. And, despite all our attempts to make this world better, the trajectory doesn’t seem to be heading in the right direction. In fact, it’s going to get only worse. That’s why we need the promise of Redemption, which comes to us only from Christ’s victory in the great controversy, a victory secured at the cross and offered freely to us all.