We do not know why sin arose in Lucifer. Ellen G. White tells us that “little by little Lucifer came to indulge the desire for self-exaltation”–Patriarchs and Prophets, p. 35. The fact that this occurred in a perfect being reveals in a powerful way the reality of free will and free choice as part of God’s government. 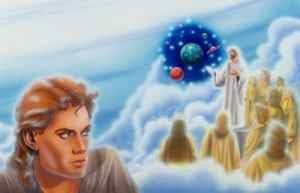 God created all intelligent creatures as good; they were moral beings with a good moral nature. There was nothing in them leaning toward evil. How, then, did sin arise in Lucifer? The answer is that there is no answer. There is no excuse for sin. If an excuse for it could be found, then God could ultimately be held responsible for it. As humans we are used to cause/effect relationships. But sin does not have a cause; there is simply no reason for it. It’s irrational and nonsensical. Lucifer could not justify his actions, especially as one so favored of God. Somehow, though, through abusing free will, Lucifer corrupted himself, and from being the “light bearer, ” he became Satan, “the adversary.” Though there’s a lot we don’t understand, we should understand enough to know just how careful we ourselves need to be with the sacred gift of free will and free choice.