The problem of evil is a conundrum that has engaged minds since the beginning of humanity. And the lessons on “Rebellion and Redemption” have caused Seventh-day Adventists around the world to wrestle with the problem. 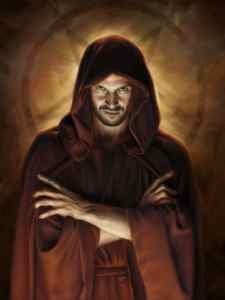 Many of us like to know why things happen. So we would like to know why evil happened. But to give a reason for the the beginning of evil essentially means to excuse it and defend it, and most of us have the feeling that that doesn’t put us on the right side of the matter. 1

Over the years, several solutions have been suggested for the beginning of evil. Some of them are nothing short of slander of God’s character. Others help us gain a little understanding, even though they do not help us to understand Why. Let’s look at several suggested answers.

Good and Evil Have Existed From the Beginning

In this scenario, from time immemorial there was a good God ruling over the Kingdom of Light and an evil king ruling over the Kingdom of Darkness, and these are in a continual war. This was the foundational tenet of Manichaeism which thrived between the third and seventh centuries, and at its height was one of the most widespread religions in the world and a direct rival to Christianity. 2 Since this type of dualism essentially denied God as Creator of all that is, it was rejected by Christians, and we do not need to discuss it further.

God Created Both Good and Evil

Another type of dualism ascribes supreme power to our Creator God and thus reasons that, since evil exists and God is omnipotent, He must have created evil as well as good. Thus some suggest that God created “good beings and evil beings.” 3 This essentially says that God has a dual nature of good and evil, because if He created evil, He cannot be purely good.

But is this what the Bible teaches?

Many people have given up on God because they could not understand how a good God could allow so much evil in this world. And if there is a devil and God created him, then He would be responsible for what the devil does, right? 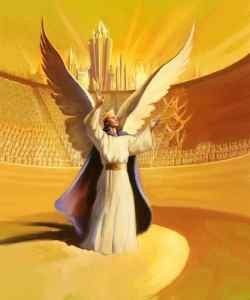 But let’s dig a little deeper. Bible scholars have long understood several passages to refer to the one we know as the devil, except that he was known as Lucifer, the Shining Star or the Light Bearer. One of these passages associated with Lucifer turned Satan is Ezekiel 28:12-17:

“You were the seal of perfection,
Full of wisdom and perfect in beauty.
13 You were in Eden, the garden of God;
Every precious stone was your covering:
The sardius, topaz, and diamond,
Beryl, onyx, and jasper,
Sapphire, turquoise, and emerald with gold.
The workmanship of your timbrels and pipes
Was prepared for you on the day you were created.
14 “You were the anointed cherub who covers;
I established you;
You were on the holy mountain of God;
You walked back and forth in the midst of fiery stones.
15 You were perfect in your ways from the day you were created,
Till iniquity was found in you.
16 “By the abundance of your trading
You became filled with violence within,
And you sinned;
Therefore I cast you as a profane thing
Out of the mountain of God;
And I destroyed you, O covering cherub,
From the midst of the fiery stones.
17 “Your heart was lifted up because of your beauty;
You corrupted your wisdom for the sake of your splendor;
I cast you to the ground,
I laid you before kings,
That they might gaze at you. (Eze 28:12-17)

Here we find that a being who was “the anointed cherub who covers” was “the seal of perfection” and “perfect in your ways from the day you were created.” 4

So we may safely conclude that God created a beautiful, perfect being appointed to stand next to the throne of God, not a faulty, sinful being. But somehow that beautiful perfect angel of light turned into the dark angel called Satan.

So How Did a Perfect Covering Angel Become a Demon of Darkness?

17 “Your heart was lifted up because of your beauty;
You corrupted your wisdom for the sake of your splendor;
I cast you to the ground,
I laid you before kings,
That they might gaze at you. (Eze 28:17)

This beautiful angel looked at himself, rather than at God, and focused on his own beauty. And the wisdom with which God endowed him became corrupted through his focus on his own “splendor.”

Another passage understood to refer to Lucifer is Isa 14:12-20, and it verifies this:

“How you are fallen from heaven,
O Lucifer, son of the morning!
How you are cut down to the ground,
You who weakened the nations!
13 For you have said in your heart:
‘I will ascend into heaven,
I will exalt my throne above the stars of God;
I will also sit on the mount of the congregation
On the farthest sides of the north;
14 I will ascend above the heights of the clouds,
I will be like the Most High.’
15 Yet you shall be brought down to Sheol,
To the lowest depths of the Pit.
16 “Those who see you will gaze at you,
And consider you, saying:
‘Is this the man who made the earth tremble,
Who shook kingdoms,
17 Who made the world as a wilderness
And destroyed its cities,
Who did not open the house of his prisoners?’
18 “All the kings of the nations,
All of them, sleep in glory,
Everyone in his own house;
19 But you are cast out of your grave
Like an abominable branch,
Like the garment of those who are slain,
Thrust through with a sword,
Who go down to the stones of the pit,
Like a corpse trodden underfoot.
20 You will not be joined with them in burial,
Because you have destroyed your land
And slain your people.
The brood of evildoers shall never be named.

Isaiah 14:12-15 suggests that the beautiful covering angel fell from his high position by seeking to rise above his appointed place. Lucifer aspired to be “like the Most High” in power, aspiring to a throne above all the other “stars.” That surely sounds like self-focus turned to self-promotion and a grab for power. He seems to have invented the first power hierarchy, since an aspiration to a “higher place” assumes that there is a power hierarchy. But it doesn’t answer the question, Why. Perhaps we had best let it be a mystery, like Paul did when he referred to the “mystery of iniquity.” (2 Thess 2:7)

Is it fair to conclude then, that God did not make the devil, but that Lucifer turned himself into the devil by focusing on himself and seeking for power?

Lucifer cherished the polar opposite of the spirit of Christ who …

“Though he was God,
he did not think of equality with God
as something to cling to.
7 Instead, he gave up his divine privileges;
he took the humble position of a slave
and was born as a human being.
When he appeared in human form,
8  he humbled himself in obedience to God
and died a criminal’s death on a cross. (Phil 2:6-8 NLT)

I pray that we will examine our own hearts to see that we have not drunk of this wine of Babylon – the spirit of self-exaltation with which the demon of darkness has saturated this world.