Martin Luther wrote about the prophet in the introduction of his commentary to the book of Jeremiah: Jeremiah was a sad prophet, who lived in a deplorable and difficult period and, what is more, his prophetic service was extremely difficult as he was struggling and fighting with a bad-tempered and stubborn people. 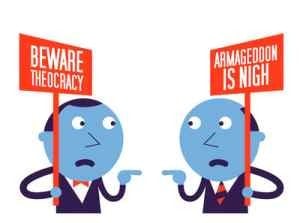 Apparently he did not achieve much success because he experienced how his enemies became more and more evil. They tried to kill the prophet several times. They pressed hard against him, whipping him several times. Yet, he would live to see with his own eyes how his country was devastated and his people taken into exile.

For forty years Jeremiah was to stand before the nation as a witness for truth and righteousness. In a time of unparalleled apostasy he was to exemplify in life and character the worship of the only true God. During the terrible sieges of Jerusalem he was to be the mouthpiece of Jehovah. He was to predict the downfall of the house of David and the destruction of the beautiful temple built by Solomon. And when imprisoned because of his fearless utterances, he was still to speak plainly against sin in high places. Despised, hated, rejected of men, he was finally to witness the literal fulfillment of his own prophecies of impending doom, and share in the sorrow and woe that should follow the destruction of the fated city.-Ellen G. White, Prophets and Kings, p. 408.