The prophet is God’s witness; his job is to speak not for himself but for God alone. Jeremiah wasn’t called to find solutions to the problems of the nation, or to become a great personality or charismatic leader whom the people would follow. Jeremiah had the singular mission to transmit the words of God to the people and their leaders. The emphasis here is not on the human or on human potential; it is on God’s sovereignty and power alone. 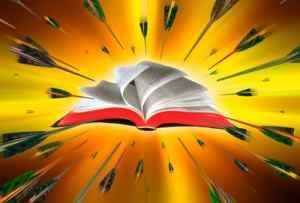 The prophet was to point the people to the Lord, in whom alone was the solution to all their problems. It’s, of course, no different for us today.

One could argue that the central message of the entire book of Jeremiah is found in Jeremiah 1:11-12. God’s word will be fulfilled. One day everyone will see events happen just as God said they would. God wants His people to turn away from their sins. He has offered grace and forgiveness, but He does not force anyone to obey and be healed. If His people will not respond to Him, His words of judgment and punishment will certainly be fulfilled as His words against Israel were fulfilled in the book of Jeremiah.

As we can see, too, God’s words here were not just for the people. The Lord was speaking directly to Jeremiah himself, warning him to be prepared for the opposition that he would face. No matter what happened, Jeremiah could have the assurance from God that I am with you. He would, as we will see, need it.

Read Matthew 28:20. What assurance can we find for ourselves in these words to us, living in the time that we do?