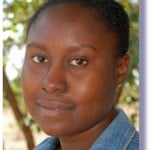 “I hear you’re attending the Adventist church,” Fwachi’s mother greeted her. “I hope you haven’t been baptized!”

Fwachi stood silent, unsure what to say. She had come home from Zambia Adventist University planning to tell her mother that she had been baptized. Now what should she say?

Fwachi had grown up in a Christian home. Her sister invited her to visit the Adventist church, but Mother refused to let her go. However, when Fwachi finished high school, she wanted to study at Zambia Adventist University. Her sister agreed to pay her school fees, so her mother allowed her to go. “Just don’t join the church,” Mother warned.

At school Fwachi enjoyed her Bible classes and was drawn closer to Christ. During the Week of Prayer Fwachi rededicated her life to Christ, but for months she resisted the invitation to be baptized.

The next year during the Week of Prayer, Fwachi decided to follow Christ, even if it angered her mother. She waited to tell her mother until her school break. Then her mother greeted her by saying, “I hear you’re attending the Adventist church; I hope you haven’t been baptized!”

“I do enjoy going to the Adventist church,” Fwachi stammered, lost for words. Maybe it’s best to wait to tell Mother of my decision, she thought. As Sabbath drew near, Fwachi made an excuse to visit her cousin in town, where she could attend church. Her vacation ended, and Fwachi hadn’t told her mother that she was an Adventist.

Then Fwachi’s sister died. Fwachi was devastated; her faith was shaken. So many people were praying for her, she thought. How could God let my sister die? She found comfort in the songs of faith that her sister often sang. As she sang the precious songs, she no longer felt forsaken. Still, she faced the question of who would pay her school fees.

She told her mother of her baptism, expecting her mother to be angry. Instead her mother nodded. She even agreed to help pay Fwachi’s tuition. Although Fwachi works at school, it still isn’t enough to pay her fees. She trusts God will provide the rest.

One day Mother called Fwachi to tell her she’d visited the church. She hasn’t attended again, but Fwachi feels this was one small step of faith. “There will be other steps,” Fwachi says. I pray that God will use me to draw my mother to Him again.”

Zambia Adventist University is one of hundreds of Adventist schools around the world that receive help from the mission offerings. These schools make a difference in the lives of their students and the communities they serve. Thank you for giving to mission so that others can meet the Savior who loves them.