↓
Home→Daily→Inside Story: Loved Into the Church

Stephanie lives in Denmark, a largely secular country. When Stephanie experienced bullying in her middle school, she transferred to an Adventist school. Although at first she thought it was strange to have so many religion classes in school, Stephanie appreciated the accepting attitude of the teachers and students. She quickly made friends in the school, and several of them invited her to attend church. “I was curious about what Adventists believe,” Stephanie says, “so I went.” She noticed that her friends’ families seemed so happy. Her own family wasn’t. “I decided the reason for their happy families must be the church, so I gave it a chance and went.” Before long Stephanie gave her life to Christ. 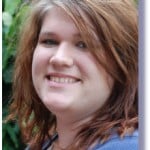 “At first my parents didn’t mind that I went to church,” she says. “My dad would even take me. But when I asked to be baptized, my parents weren’t happy at all. But I was determined.”

She completed middle school and enrolled in the Adventist boarding academy so she could stay with her friends. Stephanie found the stability she needed in a family of teachers and students who really cared for one another.

“I continued asking my mother to let me be baptized,” Stephanie says. “But Mom resisted. Finally she let me become an Adventist when I was 17. It’s the best decision I’ve made.

Stephanie graduated from the Adventist academy and now shares her faith through a café church in a city near the university where she studies.

“The café church attracts about 30 young people every Sabbath afternoon,” Stephanie says. “We have midweek prayer services, small group meetings to study the Bible and share what’s important to us.

“In Denmark most churches struggle to maintain a small membership, but we’re growing, and our growth is among young people! We have a semi-secular social time when we invite anyone in the community who wishes to come.”

Stephanie leads the music team for several of the services and is a member of the outreach team that seeks to raise awareness of Adventists in this town through fun and attractive methods. “During festivals we make waffles and have a bouncing castle,” she says.

Denmark is a difficult place to attract people to church. Stephanie is a product of Adventist education, and she and her friends are now bringing Christ into the lives of people who didn’t know they needed Him. Your mission offerings help fund experimental worship services designed to draw in those who are seeking to fill the spiritual hole in their hearts. Thank you for supporting such work with your mission offerings.