↓
Home→Beliefs About the Body of Christ→Remnant and Its Mission - Fundamental Belief 13→Evangelism→Should We Hide Who We Are? 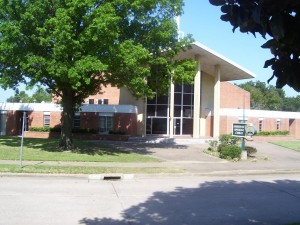 And unclean spirits, when they saw him, fell down before him, and cried, saying, Thou art the Son of God. And he straitly charged them that they should not make him known. Mark 3:11-12

Well Jesus was not ashamed to be the Son of God, but He still told the demons to be quiet when they announced it to the world. You see, for four thousand years, Satan had been telling humanity all kinds of lies about God and His character. Satan had even worked through un-Godlike priests and teachers to make God look stern, unforgiving and tyrant like. Jesus came with humanity draped over His divinity, to give people a chance to get to know Him first, before He revealed Himself to humanity as the Son of God. Thanks to Satan, there was too much prejudice against Him to just come right and say He was God, from the very beginning. People would have never given Him a chance with all their preconceived ideas about God. With humanity draped over His divinity, like a makeshift sign draped over a church sign, Jesus let the people find out how warm, caring and compassionate He was, and then once He had their confidence, He could let them know He was God.

Satan also told many lies about God’s remnant church. Many think we are a cult, or legalistic, so while being careful not to lie, some evangelists like to reveal that they are Adventists, after being given time to show that the Adventist church is a Bible based, Christian, compassionate church. It has nothing to do with being ashamed or deceptive. It is the same principle Jesus used when telling the demons not to tell who He was.

Of course as we spend more effort reaching out to unchurched people, we find less prejudice. After all, it was mostly “religious” people who were prejudiced against Jesus. It is often other denominations that are prejudice against Adventists, but not so much the unchurched community. I understand the principles of evangelists, who do not like to announce upfront that they are Adventists. However, if asked directly what denomination I represent, I do not stutter or stammer. I say confidently that I am a Seventh-day Adventist. I then assure them that we are Christian Bible-based believers. I tell them, we believe Jesus is our only hope of salvation and our only example, therefore we go to church on the Bible Sabbath just like Jesus. Just like the woman at the well was receptive, when Jesus revealed Himself to her, I find many unchurched people receptive when I reveal our Bible based and Jesus centered beliefs.

While Jesus told the demons not to announce to the whole world who He was, He used wisdom in deciding when and to whom to reveal Himself. I do not always know who is prejudiced and who is not, so I pray for God to give me wisdom and the right words to say to each individual.