Jannie Bekker, a genteel South African with wavy blond hair, was deployed to Vietnam’s capital with $2 million and the momentous task of establishing the Seventh-day Adventist Church’s first “urban center of influence” in the southeast Asian country.

Bekker, however, struggled to find a suitable property in Hanoi. The asking price for a vacant lot topped $2 million and often approached $3 million to $4 million. 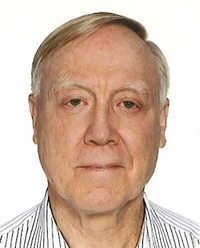 Bekker prayed as he made trip after trip to Hanoi from the Singapore-based headquarters of the Adventist Church’s Southeast Asia Union Mission, where he works as special assistant to the president.

Bekker was assigned the job after Adventist Church president Ted N.C. Wilson appealed for a community center to serve the people of Hanoi in 2014. Wilson – who spoke after visiting the city and leading milestone evangelistic meetings in Ho Chi Minh City – pledged to help raise the needed funds, with the understanding that he would match the amount contributed by the Southern Asia-Pacific Division and Southeast Asia Union Mission. In the end, the Adventist world church gave $1 million, and the division and union each gave $500,000.

But Bekker couldn’t find a plot of land. The properties that he inspected cost too much or were badly located. A potential deal fell through.

Then a friend of a friend introduced Bekker to a developer who owned a lot and was constructing a seven-story building on it. The developer wanted only $1.8 million for everything. The moment that Bekker saw the property, he knew it was perfect.

Bureaucracy and other snags delayed the purchase for months. Another buyer caught wind of the property and offered a larger amount of money. Bekker kept praying, and the developer ultimately rejected the new offer, saying the Adventist plan sought to benefit the community and not enrich the owners.

Bekker beamed with joy on May 22, 2018, as Wilson and other leaders inaugurated the seven-story building, which will house a bookstore, a health food store, a foreign-language school, a music school, a health center, ADRA’s Vietnam headquarters, and meeting halls for two congregations.

“God came through in a more miraculous way than I ever, ever anticipated”, Bekker said. “He gave us more than what we prayed for. We give all honor and glory to Him”.