So is there a difference between uniformity and unity?

In “uniformity,” you will find the word “uniform.” And that serves as a good illustration. When I taught in a Christian school with school uniforms, all the students look equally good. But do you believe their uniforms make them equally good in heart and character? 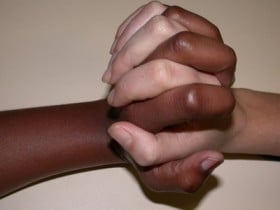 In His intercessory prayer, Christ prayed for unity in the body of believers, asking that …

Do you get the idea of uniformity in this prayer or something much deeper?

It seems to me that unity among believers is more of a heart matter – a matter of loving each other as Jesus loved us, in spite of differences – a matter of respecting each other’s views, even when we think they are wrong, in lowliness of mind esteeming each other better than ourselves, as Paul suggested in Phil 2:3. This is in sharp contrast to insisting that we truly understand the mind of God and that any who disagree with us are fighting against God.

When I put it that starkly, you think, “But I don’t do that!” Perhaps not, but I have been saddened to see the self-assurance evident in arguments among Seventh-day Adventist Christians when controversial subject come up – subjects such as music, dress, role of women in the church, the trinity, prophetic interpretation and others. 1 I have been concerned to see arguments that insist that a particular topic is a salvation issue, and that those who disagree are representing arguments from Satan.

I suggest that whenever we have a discussion/argument, we need to consider what we are saying about God – not just in what we say about the subject, but also how we say it. In person, body language plays a part, but in written discussion, it is the words we use and what they imply about the other person(s). God is depending on us to portray His character to the world, and I believe that issues that affect the perception of the character of God are the truly important issues.

As faithful followers of Christ, we are to be true to principle. But we need to consider which issues are clear biblical truths and which are our traditions. While traditions may be good, traditions are subject to change. If the subject is not clear in the Bible to those who are honestly studying, it is not a subject that should cause division. I believe that, at this point, we have defined the important biblical teachings fairly well as a church, and these are encapsulated in our Fundamental Beliefs statements. When we have opinions regarding how to put these beliefs into practice, we need to do so with humility, recognizing that there may be a difference between our opinion and God’s.

Many of us are familiar with the 1888 General Conference session which focused on the doctrine of righteousness by faith – a teaching which we now understand much better. Ellen White traveled through North America with Bros. Waggonner and Jones to present the subject to all who would listen. She thought it was that important. So I decided to read some of her talks and writings on the conference, and I discovered that she was far more concerned about the way those on both sides of the issue interacted than the subject itself. She was more concerned about a loving spirit than correct doctrine.

And it seems Jesus made a similar point when He told the parable of the sheep and the goats. (Matt 25:32-46) He was more concerned about loving actions than correct doctrine.

I have seen claims that one of the current hot topics threatens the unity of the church. Perhaps so – if we let it, and if we refuse to follow biblical precedents. But the church has survived much greater divisive issues. For thousands of years, circumcision had been the sign of God’s covenant with His people. So, when the Messiah came, those who accepted Him as the Messenger of the covenant naturally assumed that the circumcision which was to be an “everlasting covenant” was to continue. (See Gen 17:13-14) But Paul appeared to be careless in his teaching of the Gentiles. He did not teach them about circumcision, but taught that faith was more important than physical circumcision. (Ro 3:30) Can you understand how heretical such a teaching was to the converted Jews? It’s hard to imagine a teaching more fundamental to their understanding of the covenant.

Yet, when the Jerusalem Council met to discuss the matter, they listened to Peter’s speech about the work of the Holy Spirit among the Gentiles (Acts 15:7-11), and they rendered the decision that the Gentiles did not need to be circumcised. (Acts 15:19-20)

I believe Paul was correct about the matter of faith versus circumcision, but the Jerusalem Council did not enforce uniformity in practice. And the apostolic church did not splinter over the lack of uniformity. Jewish Christians continued to practice circumcision for hundreds of years because it was part of their identity. And Gentile Christians did not circumcise. Insisting on uniformity could easily have killed the infant church, but unity was preserved by allowing diversity of practice.

Can we today learn a lesson from our apostolic spiritual forebears? Can we demonstrate the unity of Christian love even while we may disagree on some practices?

Will we insist on uniformity at the expense of unity? Or will we practice humility by allowing some diversity in practice and thus preserve unity the way the apostles did?

We welcome your thoughtful comments, but no comments regarding whether or not women should be ordained will be published under this post. Cancel reply