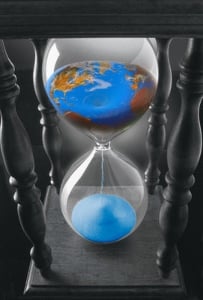 The Pharisees and religious rulers were standing in the way of salvation.

Matthew 23 is a scathing condemnation of the most revered men in Jewish society. The reverence, respect and fear of these men touched all areas of life. In essence the people were enslaved to the very ones appointed by God to show to the world the path of salvation. Jesus, in order to break the corrupt priesthood’s hold on the people, spoke plainly about the dangerous errors of their ways.

Even before we examine the particulars of this discourse we are again reminded of the power of tradition and blind faith that often impedes our advancement in the things of God. We look back at the exchanges between Jesus and His avowed enemies and we wonder how could anyone be as callous and malicious as those leaders were? How could anyone deny the power of Jesus and discount the miracles He performed right before their eyes?

The answer is quite simple — a thirst for power. The quest to be in control, coupled with a desire to be extolled and praised is a dangerous combination. It has destroyed relationships, caused divisions within churches and led to wars of aggression.

Power and pride, while celebrated by the world, are contrary to the principles of God’s kingdom. This is a point emphasized by Christ. His entire earthly life was a rebuke to the selfish desires of the natural heart. He must pull the mask off of the pretenders of righteousness in order to help set the captives free.

In outlining the erroneous actions of the scribes and the Pharisees Jesus used a term that is very descriptive of their lives — hypocrites. The origin of this word has its roots with wearing a mask such as an actor in a stage play. Literally the person behind the mask is different than who is being portrayed. And that described what those rulers were.

No one likes being labeled a hypocrite, as someone who says one thing but does another. This was not name-calling on the part of Jesus. His words were not in retaliation for their constant attacks on Him. This was a lifting of the veil that hid from the people the true motives of those they reverenced. It also serves as another warning of putting our confidence in men.

This is a hard lesson for us to learn. It is a natural impulse for us to put our trust and confidence in others. In many areas of life that is perfectly acceptable. However, when it comes to our salvation, our trust must ultimately be in God.

Yes, we are to counsel together. Our church history shows the power of believing saints coming together to understand a “Thus saith the Lord.” Our church denomination, Seventh-day Adventist, is a testament to believers moving in unison as a body. But no one should ever be our conscience for us.

The words of Christ that day had to be earth-shaking to all who heard them. I believe that for many, it began a process of deliverance that day. The call of Christ to a righteousness that exceeded the righteousness of the scribes and Pharisees was one that had to be given. No allegiance to traditions or reverence for human authority, no matter how long-standing or how widely embraced, was more important than the truth. Christ came to set the captives free.

“If the Son therefore shall make you free, ye shall be free indeed.” John 8:36

We close this week’s study on Last Day Events with words of Christ’s admonition to His disciples and to believers throughout the ages about the time of the end.

“Watch therefore, for you do not know what hour your Lord is coming. But know this, that if the master of the house had known what hour the thief would come, he would have watched and not allowed his house to be broken into. Therefore you also be ready, for the Son of Man is coming at an hour you do not expect.” Matthew 24:42-44