↓
Home→Daily→Wednesday: The Law of Christ 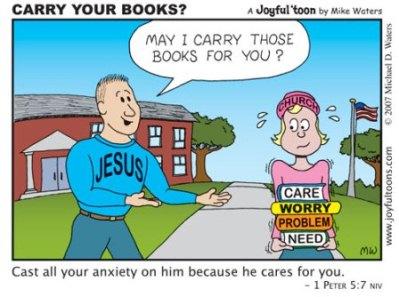 Paul’s use of the phrase “the law of Christ” (ton nomon tou Christou) occurs nowhere else in the Bible, though he uses a similar expression in 1 Corinthians 9:21 (ennomos Christou). The uniqueness of this phrase has resulted in a number of different interpretations. Some mistakenly argue that this is evidence that the law of God given at Sinai has been replaced by a different law, the law of Christ. Others claim the word law simply means a general “principle” (see Rom. 7:21), meaning that in bearing the burdens of others, we are following the example of Jesus. While the latter interpretation has some merit, the context and similar terminology with Galatians 5:14 suggest that “fulfilling the law of Christ” is another reference to fulfilling the moral law through love. Paul showed earlier in his letter that the moral law was not annulled with the coming of Christ. Instead, the moral law interpreted by love continues to play an important role in the Christian life. This is the epitome of what Jesus taught during His earthly ministry and also practiced throughout His life and even in His death. In bearing the burdens of others, we are not only following in the footsteps of Jesus, we are also fulfilling the law.

Another issue arises in these texts, the apparent contradiction between Galatians 6:2 and 6:5. This problem, however, is easily resolved when one realizes that Paul is using two different words to describe two different situations. As we have already seen, the word for burden in verse 2 (baros) refers to a heavy load that has to be carried for a long distance. The word phortion in verse 5, however, refers to a ship’s cargo, a soldier’s backpack, or even a child in the womb. Whereas the former burdens can be laid aside, the latter cannot. A pregnant mother must carry her own child. As this example suggests, there are some burdens that people can help us bear but others that no human can bear for us, such as the burden of a guilty conscience, suffering, and death. For these, we must rely on God’s help alone (Matt. 11:28–30).

While some burdens you can get help with from other people, some you have to take to the Lord alone. How can you learn to give to the Lord the things that you, yourself, just can’t bear?