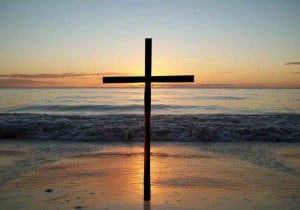 I understand that celibacy is not the norm. I also agree that being single does not make you more holy. (Of course being married does not make you more holy either.) Yes, the Scriptures tell us that Peter was married. However the Scriptures also tell us Paul was not married at the time of his ministry and Jesus was never married. While Jesus and the Scriptures never forbade marriage, Jesus and Paul both have given us enough counsel to see that celibacy has many spiritual advantages. (Matthew 19:12, 1 Corinthians 7)

Satan always takes things God says to extremes. For example, Satan suggested to Eve that God told her she could not eat of “any” of the trees when in reality He only told her not to eat from one. While the Bible clearly suggests that it is good for some people not to marry, the Bible never forbade marriage and even warns us in 1 Timothy 4 that the Antichrist would be the one who forbids marriage. Clearly extremism is to be avoided. No one has to get married, and no one has to remain single. I will gladly admit that being married can and should lead one to be a better Christian, and I also admit that being single is a very convenient way to be selfish. There is no one as free as a single adult. You answer to neither spouse nor parent. You just do whatever you want whenever you want, while marriage calls for self sacrifice.There are also many wonderful single Christians who crucify self every day while there are many married people who never think of their spouse or children.

While many people say that you have to be married to understand what it takes to make a marriage work, I somewhat disagree. I do know exactly what it takes to make a marriage work, and maybe that’s why I have chosen to remain single to this point in my life. On the other hand, some married people are married only because they did not know what it took. I know of many single people who have sacrificed to care for the needs of neglected children who are not their own, even though they never made a vow to. There are many single aunts and uncles, “big brothers” and “big sisters” out there who will never get a Father’s Day or Mother’s Day card though they are quite deserving of one. There are those who believe an elder must be married to give counsel to families. While I have never been a husband or father, I have been a son, brother, uncle, nephew and grandson. So I have been in a family and I do know how families work. Also please don’t slaughter Paul’s counsel to Timothy to mean that you have to be married to be an elder. As Bible scholars clearly understand, Paul simply meant no more than one wife. Not that you must have one wife. It’s like when your child goes to the store to buy a piece of candy, and you tell him, “get one piece of candy.” You are not demanding he get a piece of candy but only one. It’s as simple as that when Paul said “one wife.” He was not demanding elders have a wife, but no more than one wife, as polygamy was the issue.

Is one’s ability to be a spiritual leader dependent upon being married, or being anointed by the Lord? I had someone tell me once that I could not be an elder because Paul says that an elder must rule well his own home. Well I do rule my own home well—by not marrying anyone who would corrupt my home. I heard someone say once that I could not be an elder because I can’t counsel with married people because I don’t know what it is like to be married. So if married elders are the only ones who can help married people then wouldn’t single elders be the only ones who could help single people? Or single people don’t need or deserve elders who understand them? Only married people deserve elders who can relate to them? See how illogical we become when we slaughter Paul’s teachings?

Okay now I am going to talk about an obvious issue here—sex. Single people long for intimacy just like everyone else. However not all sex is intimacy, and not all intimacy has to be sex. As a matter of fact, I read a book once about sexual purity that stated that many people will have sex to avoid intimacy! Intimacy takes place in the mind and heart, not the sex organs. I know married people who are still very lonely, and some are even celibate. In the 5th volume of the Testimonies to the Church Ellen White writes of a man who had sexual issues that not even marriage could cure. Marriage is not the sole solution for intimacy. Neither is marriage necessarily the solution for sexual desires.

What I long for is a woman that I can sit and talk with for hours while it only seems like a few moments. A few years ago, I lost a friend to breast cancer, who had a double mastectomy. When I started visiting her in the hospital, we quickly became friends and could talk and laugh together easily. I really enjoyed her company and while I don’t know what was going on in her mind, the day she died, she told me that she really wished we could have known each other longer here on earth. I’m not sure, but it seemed she was implying that she may have liked me for more than just a friend. If she had lived, the fact that she didn’t have a perfect body would not have gotten in the way of our relationship. She and I could talk together forever, and I loved every moment with her. Please understand that marriage does not guarantee intimacy, and being celibate does not prevent it. The Bible affirms both marriage or celibacy. Married people can be beautiful Christians, and their marriages can be a living example of what a true self-sacrificing Christian ought to be. On the other hand single people can be very devoted to their families, church families and, most of all, to Jesus.

I really appreciated a recent men’s ministry convention I attended. For years our church’s preaching and teaching has centered around married people and the message to single people has been, “Listen to this message—it will help you when you get married.” But this time, while they talked about married men and their ministry to their family, instead of telling us single guys that we could apply these teachings later when we get married, they taught us how to apply them now to our church family and our friends who are all around us. They emphasized that even though we are single, we make a significant impact on the lives around us today, and not just later whenever we get married.

By God’s grace, we can be living single, holy lives.