Paul warns the readers against sexual immorality and greed because they were two grave threats to brotherly love. In fact, New Testament authors and ancient moralists noted a connection between them. 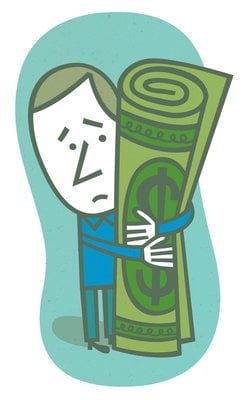 Paul’s call to honor marriage implied the avoidance of anything that would belittle it. This avoidance included abstaining both from violation of the marriage oath and from unwarranted divorces (compare with Matthew 19:9). The exhortation to keep the marriage bed undefiled refers to avoiding the profanation of marriage through sexual relationships outside of marriage. The expression “fornicators” refers in the New Testament to every form of sexual immorality (1 Corinthians 5:9-11; 1 Corinthians 6:9-10, Matthew 19:9; Ephesians 5:5; 1 Timothy 1:9-10; Revelation 21:8; Revelation 22:15). In addition, Greco-Roman society was lax in regard to sexual ethics. A double standard was common; this allowed men license in their sexual relationships as long as they were discreet. Paul warns, however, that God will judge adulterers. Believers should not let social conventions establish their own ethical standards.

“Love of money” was one of the main categories of vices in the Greco-Roman world. In fact, in another letter Paul referred to “love of money” as the source of all evils (1 Timothy 6:10).

The defense against this vice is an attitude that Paul encourages in several epistles. First, they should “be content” with the things they had (also 2 Corinthians 9:8; Philippians 4:11-12). Furthermore, Christians should believe and embrace God’s promise that God would “never leave … nor forsake” them (Hebrews 13:5). This promise was given at several places and moments to His people and is available to us today (Genesis 28:15; Deuteronomy 31:6, Deuteronomy 31:8; Joshua 1:5; 1 Chronicles 28:20). Believers, then, are invited to respond to God’s promise with the words of Psalm 118:6 (ESV): “The Lord is on my side; I will not fear. What can man do to me?” This reference to Psalm chapter 118 is appropriate because the psalmist expressed there his confidence in God, despite the suffering inflicted upon him by unbelievers.