“There is therefore now no condemnation to them which are in Christ Jesus, who walk not after the flesh, but after the Spirit” (Romans 8:1).

A young woman had been brutally murdered, her killer unknown. The police, setting a trap, placed a hidden microphone in her grave. One evening, many months after her death, a young man approached the grave and, kneeling and weeping, begged the woman for forgiveness. The police, of course, monitoring his words, nabbed him for the crime. 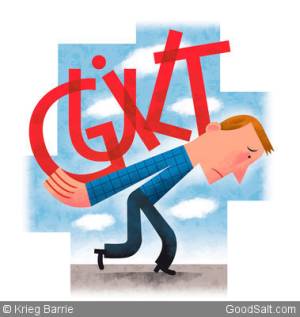 What drove the man to the grave? It was guilt, what else?

Of course, though none of us (we hope) has ever done anything as bad as what that young man did, we all are guilty; we all have done things we are ashamed of, things that we wish we could undo but cannot.

Thanks to Jesus and the blood of the new covenant, none of us has to live under the stigma of guilt. According to the text for today, there is no condemnation against us. The ultimate Judge counts us as not guilty, counts us as if we have not done the things we feel guilty about.

One of the great promises of living in a covenant relationship with the Lord is that we no longer have to live under the burden of guilt. Because of the blood of the covenant, we — who choose to enter into that covenant relationship with God, who choose to abide by the conditions of faith, repentance, obedience — can have the burden of guilt lifted. When Satan seeks to whisper in our ears that we are evil, that we are bad, that we are too sinful to be accepted by God, we can do what Jesus did when Satan tempted Him in the wilderness: we can quote Scripture, and one of the best of all verses to quote is Romans 8:1. This does not mean denying the reality of sin in our lives; it means, instead, because of the covenant relationship we have with the Lord, we no longer live under the condemnation of that sin. Jesus paid the penalty for us, and He now stands in the presence of the Father pleading His own blood on our behalf, presenting His own righteousness instead of our sins.