↓
Home→Daily→Monday: The Unity of Scripture

The Bible itself claims that “all Scripture is God-breathed” (2 Tim. 3:16, NIV) and that “no prophecy of Scripture came about by the prophet’s own interpretation”, and that men “spoke from God as they were carried along by the Holy Spirit” (2 Pet. 1:20-21, NIV). With God as the Bible’s ultimate author, we can assume a fundamental unity and harmony among the various parts of Scripture in regard to the key issues it teaches.

Read Titus 1:9 and 2 Timothy 1:13. Why is the unity of the Bible important for our belief? 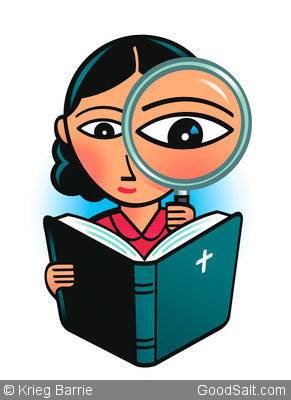 Only on the basis of its internal unity, a unity that is derived from its divine inspiration, can Scripture function as its own interpreter. If Scripture did not have an overarching unity in its teachings, we could not come up with a harmony in doctrine on any given issue. Without the unity of the Bible, the church would have no means to distinguish truth from error and to repudiate heresy. It would have no basis to apply disciplinary measures or to correct deviations from God’s truth. Scripture would lose its convincing and liberating power.

Jesus and the biblical writers, however, assume the unity of Scripture, which is based on its divine origin. We can see this in their common practice of quoting several Old Testament books as of equal and harmonious weight (Rom. 3:10-18; here Paul makes use of Scriptural citations from Ecclesiastes [7:20], Psalms [14:2, 3; 5:9; 10:7] and Isaiah [59:7, 8]).

The Unity of Scripture also implies that all of Scripture (tota scriptura) should be taken into consideration when we study a biblical subject, rather than building our teaching only on isolated statements.