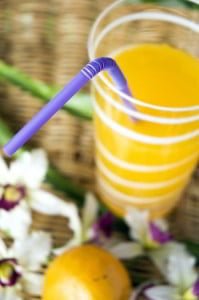 I grew up in an all-white world.

Well, not exactly all white. There was Maurice, the black custodian at the local shopping center, who swept the sidewalks singing B.B. King songs. There was Joe Parche, the skinny, high-I.Q. boy who they bussed in from the city in an effort to “integrate” our high school. And there was Estelle, our cleaning lady.

Estelle came into my world surrounded with myth and mystery. My mother had prepared me for her arrival by drawing me aside to whisper: “Estelle’s son was a Black Panther; he got involved in those police shootings in Milwaukee.” I expected Estelle to somehow bear the marks of her son’s crime-soaked reputation, envisioning a hard, jaded looking woman, or perhaps an aging, sensual beauty of some kind. Instead, Estelle looked like someone’s grandma. Except quieter. In fact, she never spoke unless spoken to.

All the grandiosity of my status as a neophyte of the sixties hippie culture, which held hands with Civil Rights Movement and purported to tear down the walls of race and social status, restoring equality and harmony with all, crashed into the silence between us. What was this silence but a vibration broken in mid-air like a bird song muffled by a cat paw? It was never meant to be, and I would make it go away.

But when I came through the front door Tuesday afternoons, there she would be, the black servant in my all-white kingdom, showing wordless respect. Estelle, I wanted to say, I was born into this kingdom. I didn’t build it or make it what it is. And now that I’m growing up and analyzing what I have always ignored, I see gaping holes in the politics that say that you and I are somehow on a different plane just because you work for my mother and your skin doesn’t match mine. So let’s be friends, let’s be equals, let’s begin utopia right here and now.

But I couldn’t say all that, so I would say, “Do you want some orange juice?”

At which point Estelle would turn slightly from her dusting and croon, “Why, yes, Honey-child, that would be so nice.” I would fetch the orange juice and set it down on the table. This was our weekly ritual. A peace offering of orange juice to a race of people long ravaged by my own. In her people’s behalf she accepted graciously, willing away the bitter darkness as the sweet nectar of Florida sunshine washed her throat. “Estelle, do you want some orange juice?” “Why, yes, Honey-child, that would be so nice.” It was all I could manage.

At my all-white college we over-compensated in a kind of starry-eyed admiration. This was another attempt to keep people of color at a distance, though. Our great-grandparents traded them like cars, our grandparents made them ride in the back, our parents shut them out of their country clubs, but we are going to make up for it all and worship them.

I wondered: Could people of different ethnicities could actually thrive together as equals? Or was there something in our very natures that propelled us away from each other like magnets? Was there a chemical incompatibility that would automatically lead to explosion, like the bleach and ammonia Estelle used in cleaning our already clean house? I had to know, and the only way to find out was to try. But then, I lived in an all-white world.

Until I met Jesus. Becoming part of His kingdom meant that the Holy Spirit transformed engrained and inborn differences into catalysts in the bonding process rather than impediments to it. Finally in the global movement that comprises the Seventh-day Adventist Church, brotherhood with people from all over the map melted away inhibitions. Commonality that would never have been found otherwise came with faith in Jesus.

In my recent study of Revelation, I found this gem referring to the New Jerusalem, the eternal home of the saved: “Its gates shall not be shut at all by day (there shall be no night there). And they shall bring the glory and the honor of the nations into it,” Revelation 21:5-6. That word “nations” is ethnos, like our “ethnic.” Each ethnicity has a certain God-given “glory and honor.” As the excellencies of each and every race of mankind flood the New Jerusalem, it will become an invigorating celebration of diversity.

I’ll be there, passing out orange juice. You?