↓
Home→Daily→Tuesday: The Mystery of the Triune God 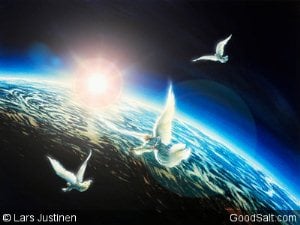 Read Deuteronomy 6:4 and Mark 12:29. What crucial truth is found in these texts?

The expression in the Bible about the oneness of God precludes any idea of many gods. There is one God only. However, the total picture we get from the Bible is that there is an inner “content” to Him, even in His oneness.

The Old Testament’s suggestion of plurality provides hints about the nature of the inner being of God. When we couple this with the New Testament’s statement about Jesus Christ and the Holy Spirit, we start to realize that there’s a lot about God’s nature that we don’t fully understand and probably never will. The triune aspect of God is one mystery, among many, with which we will have to learn to live. The information that the Bible gives about God, including His three-part nature, is not provided in order for us to engage in speculative philosophizing but in order to further our understanding of His activities, especially His redemptive work on our behalf as the great controversy unfolds and is finally ended.

Who doesn’t have a lot of questions that only God can answer? How can we learn to trust Him until the time comes when answers will be given?