↓
Home » The Origin of the Sabbath and the 7-Day Week

Many, even among those who call themselves Adventists, question the true origin of the Sabbath and of the 7-day weekly cycle. Of course, the Bible claims that God instituted both during the Creation Week described in Genesis. However, critics of the biblical account claim that the seven-day week was actually invented by the Assyrians, or by Sargon I (King of Akkad at around 2350 B.C.), passed on to the Babylonians, who then passed it on to the Jews during their captivity in Babylon around 600 B.C. The ancient Romans used the eight-day week, but after the adoption of the Julian calendar in the time of Agustus, the seven-day week came into use in the Roman world. For a while, both the seven and eight day weeks coexisted in the Roman world, but by the time Constantine decided to Christianize the Roman world (around A.D. 321) the eight-day weekly cycle had fallen out of use in favor of the more popular seven-day week. (Link)

Secular historians and biblical critics often suggest that the seven-day week likely arose, originally, as a rough division of the lunar monthly cycle. However, the seven-day week is actually only 23.7% of a lunation, which means that a continuous cycle of seven-day weeks rapidly loses synchronization with the monthly lunar cycle. “This problem is compounded by the fact that a “lunation” is only the mean time for the lunar phase cycle, with each individual lunar phase varying in length. Also, the duodecimal (base-12) and sexagesimal (base-60) numeral systems have historically been the primary systems used to divide other chronological and calendar units. Therefore, it is not immediately apparent why the seven-day week was selected by ancient cultures, rather than a week that included a number of days that was a factor of these numeral systems, such as a six-day or a twelve-day week, or a week that divided the lunation more accurately using a factor of these number systems, such as a five-day or ten-day week. Finally, there are no historical Jewish or Babylonian records that confirm that these cultures explicitly defined the seven-day week as a quarter of a lunation.” (Link) It seems then like the seven-day weekly cycle is a most unusual or arbitrary division of time that is unrelated, compared to other more obvious divisions of time (month and year), on cyclic natural phenomena. 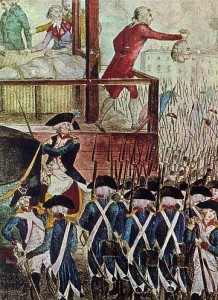 So, which version of the history of the seven-day week is most likely correct? – that of secular historians and biblical critics? Or, that of the Bible itself? Why has a seven-day week been observed for so long by so many cultures? Why is this particular weekly cycle so popular? – compared to other more natural or “rational” options like the 10-day week that was attempted in France during the bloody French revolution and “enlightenment”?

Well, for one thing, the idea that the Jews adopted the seven-day week from the Babylonians during their captivity some 600 years B.C. is at least partially based on the still popular but effectively falsified “Documentary Hypothesis” of biblical critics. Numerous claims of those who framed the Documentary Hypothesis, and of biblical critics in general, have been definitively falsified. For example, biblical critics once argued that writing itself had not been invented by the time of Moses. Of course, numerous 20th century discoveries have falsified this notion – such as the discovery of the ancient Ebla Tablets.

The Ebla Tablets, written some 2200 years B.C., prove that writing, even alphabetic-type writing, was in existence well before Moses. Some of the statements about creation found on these tablets also seem to parallel the Biblical creation narrative, suggesting that the Genesis creation story, or something very similar to it, was known well before the “Deuteronomists” or even Moses came on the scene. In fact, the farther one goes back in time with archeological discoveries, the closer the creation stories seem to get to the one found in the Bible. These tablets also speak of a flood story like that of the Flood story in the Bible. The Ebla Tablets also mention the names Abraham and Isaac, suggesting 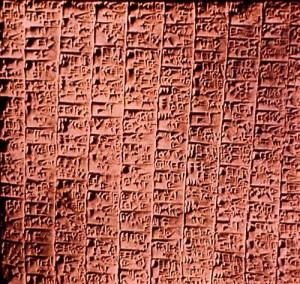 that such names were known and common during this time. They also tell of two sinful cities, Sodom and Gomorrah, and mention all five of the cities of the valley in the same order mentioned in the Bible. This is in the face of “higher critics” who had claimed that Sodom, Gomorrah, Ur and other Canaan cities of the Bible never did exist. However, the Ebla Tablets showed the Bible was correct and that the critics were wrong (yet again). And the list goes on and on…

Of course, the Ebla Tablets do not mention the seven-day creation week, or any other particular weekly cycle for that matter. So, maybe the critics are right for once when it comes to at least the origin of the seven-day week? Consider that if the biblical version is in fact the true version of history that God may have actually provided extra-biblical evidence within life itself of the true origin of the week? Wouldn’t it be most surprising, from the naturalistic perspective, to find seven-day rhythms within living things? Yet, this is exactly what has been discovered. Many living things, to include humans beings, experience seven-day, or “circaseptan” biological cycles.

The relatively new science of chronobiology has uncovered some totally unexpected facts about living things, to include the most puzzling circaseptan or seven-day cycles experienced by many living things. Secular scientists find it difficult to explain how such a seven-day cyclical pattern would arise or evolve in living things by any natural means.

“At first glance, it might seem that weekly rhythms developed in response to the seven day week imposed by human culture thousands of years ago. However, this theory doesn’t hold once you realize that plants, insects, and animals other than humans also have weekly cycles. . . . Biology, therefore, not culture, is probably at the source of our seven day week.”

Campbell summarizes the findings of the world’s foremost authority on rhythms and the pioneer of the science of chronobiology:

“Franz Halberg proposes that body rhythms of about seven days, far from being passively driven by the social cycle of the calendar week, are innate, autonomous, and perhaps the reason why the calendar week arose in the first place… These circaseptan, or about weekly, rhythms are one of the major surprises turned up by modern chronobiology. Fifteen years ago, few scientists would have expected that seven day biological cycles would prove to be so widespread and so long established in the living world. They are of very ancient origin, appearing in primitive one-celled organisms, and are thought to be present even in bacteria, the simplest form of life now existing.”

Specific examples of circaseptan rhythms in humans include: Reject of organ transplants, immune response to infections, blood and urine chemicals, blood pressure, heartbeat, the common cold, coping hormones, and even one’s mood or general state of mind. There is also evidence of a circaseptan cycle in the formation of tooth enamel (Link).

There are also examples in other living things, such as the algae Acetabularia mediterranea (popularly known as mermaid’s wineglass) that shows a seven-day growth cycle or Brazilian bees that observe a seventh-day “Sabbath” rest cycle (Link).

If the seven day week is an invention of culture and religion, as most historians would have us believe, how do we explain innate circaseptan rhythms in “primitive” algae, rats, plants, bees and face flies?  These forms of life have no calendar and can’t read the Torah (Link).  There is even evidence that being in or out of sync with the circaseptan cycle may have an affect on longevity. Consider, for example, that the life spans of the face fly Musca autumnalis or the springtail Folsomia candida are markedly longer when oviposition shifts are allowed to be carried out at intervals that are 7 days apart (Link).

There is, however, research suggesting a lunar influence on various circaseptan cycles (Link).  But several other experiments have shown an intrinsic or endogenous quality to circaseptan cycles that is apparently independent of any external influences – to include that of the lunar cycles (Link).  It does seem, however, that these endogenously derived rhythms are able to respond to external influences (such as circadian influences of day and night or the lunar-induced tides). What is especially interesting is that the circaseptan rhythm, among all the other circadian rhythms, appears to be the one rhythm by which all others are tuned or orchestrated.

“In Franz Halberg’s view, a central feature of biological time structure is the harmonic relationship that exists among the various component frequencies. A striking aspect of this relationship is that the components themselves appear to be harmonics or sub harmonics, multiples or submultiples, of seven…

Circaseptan and circasemiseptan rhythms are not arbitrary, even though they seem to lack counterpart rhythms in the external environment.”

And, from a more recent paper published in 2007 the author writes:

The endogenous nature of the about weekly (circaseptan) rhythms is shown by their occurrence in animals kept under laboratory conditions precluding circaseptan periodic input, their appearance as circaseptan reaction pattern after noxious stimuli, or introduction of an antigen, and in human subjects by the observation of their free running (rhythms that are not synchronized to environmental time cues) with a frequency different from the calendar week. It appear that our seven-day week, which is found in many ancient and modern civilizations including the three main monotheistic religions, may be an adaptation to an endogenous biologic rhythm rather than the rhythm being a societally impressed phenomenon.

Again, given the historical reliability of “higher” biblical critics compared to the fact that the Bible’s claims about history have proven true time and again, combined with the internal evidence for circaseptan rhythms within ourselves and many if not all living things, is it really such a stretch to imagine that the Bible might be right yet again regarding the Creation Week and the Sabbath rest given to us by God from the very beginning of life on this planet?

Consider a situation where someone (the God of the Bible in this case) claimed to have created a given cyclical pattern of time specifically for our benefit (i.e., “The Sabbath was made for man, not man for the Sabbath – Mark 2:27). This is a testable claim. Given the truth of such a claim the implication is very direct and clear. Obviously, in such a situation one should actually expect to find some sort of biorhythm(s) that is tuned to this particular weekly pattern. One should also expect that if one did not follow God’s advice on following this pattern (given that God actually exists and is in fact our Maker), that one would be able to notice a physical difference in one’s general well being when in or out of line with God’s claimed ideal pattern for the weekly cycle. In other words, God has presented a testable hypothesis or claim to us that we can actually test in a scientific, potentially falsifiable, manner.  Perhaps there is a reason why Seventh-day Adventists are the longest lived ethnically diverse group of people in the world (Link)?

It’s like being told to use a particular fuel for your car for optimal performance – by the car’s designer. You can expect some sort of actual physical difference if you don’t use the particular type of fuel you were told to use by the car’s creator.

Just another piece to add to the puzzle…

Originally posted on EducateTruth.com, January 4, 2012
Additional information on creation/evolution may be found on
Dr. Sean Pitman’s website at: DetectingDesign.com