↓
Home→Daily→Tuesday: The Purpose of the Law 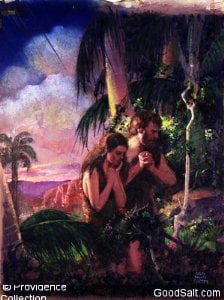 In Galatians 3:19–29 Paul makes multiple references to “the law.” What law is Paul primarily referring to in this section of Galatians? 1

Some, believing that the word until in verse 19 (ESV) indicates that this law was only temporary, have thought the passage must refer to the ceremonial law, because the purpose of that law was fulfilled at the cross and thus came to an end. Though this makes sense by itself, it does not appear to be Paul’s point in Galatians. While both the ceremonial and moral law were “added” at Sinai because of transgression, we will see by considering the following question that Paul appears to have the moral law primarily in mind.

Paul is not saying that the law was added to God’s covenant with Abraham, as if it were some sort of addendum to a will that altered the original provisions. The law had been in existence long before Sinai (see tomorrow’s lesson). Paul means, instead, that the law was given to Israel for an entirely different purpose. It was to redirect the people back to God and the grace He offers all who come to Him by faith. The law reveals to us our sinful condition and our need of God’s grace. The law was not intended to be some kind of program for “earning” salvation. On the contrary, it was given, Paul says, “to increase the trespass” (Rom. 5:20, ESV); that is, to show us more clearly the sin in our lives (Rom. 7:13).

While the ceremonial laws pointed to the Messiah and emphasized holiness and the need of a Savior, it is the moral law, with its “Thou shall nots,” that reveals sin, that shows us that sin is not just a part of our natural condition but is, indeed, a violation of God’s law (Rom. 3:20; 5:13, 20; 7:7, 8, 13). This is why Paul says, “Where there is no law there is no transgression” (Rom. 4:15, ESV). “The law acts as a magnifying glass. That device does not actually increase the number of dirty spots that defile a garment, but makes them stand out more clearly and reveals many more of them than one is able to see with the naked eye.”—William Hendriksen, New Testament Commentary, Exposition on Galatians(Grand Rapids, Mich.: Baker Book House, 1968), p. 141.