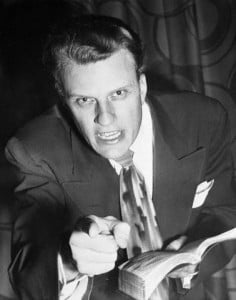 During the Billy Graham era, while the evangelical movement retained the flavor of modernism, the preaching emphasis seemed to my young adult mind to be “getting right” with God. During that time I became a Christian and then a Seventh-day Adventist. Everything felt right. I got right with God, began worshiping on the right day, and believing the right doctrines.*

As the decades rolled along I saw a shift in evangelicalism (my larger religious sphere), which affected Adventism (my smaller religious sphere). Adventism tends to track with Protestant culture in many areas, but at a safe distance so we can’t be accused of copying the “worldly churches.” We allow these mainstream churches to road-test for us things like contemporary music, relational preaching, and church growth programs. When they seem to work, we cautiously adopt them, carefully molding them around our cherished belief system, so as not to disturb anything central to our identity.

Thus the current trend of “getting real.”

The “getting real” phenomenon voices itself through the postmodern buzz words “authentic,” “passion,” “chill,” “sharing,” “praxis,” and, not surprisingly, “real.” It expresses itself in trends like casual attire at church, paraphrased Bible versions, and guitars instead of organs. It fuels much of the current boom in Christian counseling and paves the way for Every Man’s Battle-type books which admit the horrors of the heretofore unmentionable sin of pornography. It at times makes it okay for a pastor to admit before his entire congregation, including bewildered children and grossed-out teens, a litany of moral infractions that would make the Mafia blush.

At its worst, “getting real” places “getting right” at too low a rung of the priority ladder, in many cases entirely out of sight. Then, “getting real” seems to say that obeying God is optional as long as we’re honest about disobeying Him.

But in spite of all the baggage “getting real” brings, I’m committed to it.

Getting real/right means swearing off, for once and for all, hypocrisy, which is neither real nor right. A double life projects a false image, of which God said, “You shall not make for yourself an idol,” Ex. 20:4. Don’t make an idol for yourself, especially not one of yourself, dismantled from your real self. You’ll wind up with an adoring public who doesn’t even know you. You’ll be lonely as hell, smiling for the camera.

Aren’t some things private? Yes. But ideally, nothing is secret. With the grossed-out teens listening to the pornography confession, I reject undiscriminating, thoughtless “getting real.” Sin and failure should be confessed selectively, first and foremost to those affected by it.

Okay, lecture over. Assignment time. Whatever your struggle, whatever your wound, write three versions of it: the one sentence version, the one paragraph version, and the one page version. The one sentence version you share with acquaintances—“Life is a struggle right now, please pray for me!” The one paragraph version goes out to friends and the one page version to loved ones. The book version share with God and anyone besides Him who would want to stay awake for that long.

Always express your hope alongside pain, so as not to make honest disclosure a downer for you and others: “I’ll get through this with God, but right now I don’t see how. . . “ In this way the real you and the projected you begin to match one another. The gap between the two closes, and you know you’re “getting real.” Which is, after all, right.