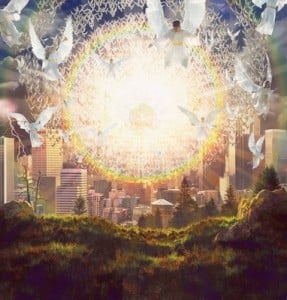 After more than 170 years of preaching the Second Coming, one important question comes to mind for Seventh-day Adventists. Is the Second Coming still on? Are we still planning on it? Is it still a part of who we are?

Growing up as a Seventh-day Adventist I heard people talk about how Jesus was surely coming in the next five years. We thought for sure that the oil crisis in the 70’s was the beginning of the end of the world. I remember looking at the form the Tulsa Roughnecks Soccer team sent me when I was a teen, asking me to renew my season tickets for the 1980 season. You may laugh at me, but I stared at that form in disbelief that I actually saw the year 1980 in print. There is no way the world will last that long I thought. Well that was over 35 years ago and we are in a new century. So what happened to the Second Coming? Is it still on?

In the mid ‘80s I joined a new Adventist church in the suburbs. I had just started dating a girl who went to that church; so I  switched from the larger Adventist church where I was a member to her church. We had just started dating when she dumped me. I still stayed at this new church because I did not want people to think I changed churches just for her. Besides, this church seemed to be really on fire. The weekly prayer meetings were very spiritual, and everyone was praying for the power of the Holy Spirit to prepare them for the Second Coming. We had about as many people attending prayer meeting as attended our Sabbath worship services. We were sure Jesus was coming soon, and we were getting ready.

Then something sad happened. People stopped coming to prayer meeting. Some decided “Growing Pains” was just too funny of a show to miss for prayer meeting. People stopped coming to church altogether. This was not supposed to happen! Discouraged, I asked God why He did not come back when our church was at its spiritual peak, when we had it all together. He waited too long, and now look what happened!

I believe the Holy Spirit revealed to me why Jesus did not return when the church was on top of its game. Our church was on a spiritual roller coaster. Jesus is not coming back for a church on a spiritual roller coaster. He is not coming back for a people who walk with him off and on. A groom does not want to marry a bride whose love and devotion goes in cycles. Neither does Jesus.

Enoch walked with God many years before being translated. God will come back for a church who will consistently walk with Him year after year after year, and not on some roller coaster. The church is like a woman. For centuries God’s church has loved to flirt with Him, but it also loves to flirt with the world. God’s church likes to date Jesus, but it also likes to date other things too. Jesus is not returning for a date; He is returning for a wedding. When God’s church decides to stop dating and flirting with Jesus and decides to get married, He will return.

During this same time period our suburban church was also asking the Holy Spirit to get sin out of our lives so we could be ready for Jesus to come. We did not –  or at least I did not – realize how legalistic that was. Jesus is not coming back for a legalistic group who get their act together so they can have some great reward like heaven. Jesus is coming back for a people who love Him because He first loved them. Today I ask the Holy Spirit to remove sin from my life, not because Jesus is coming back, but because my sin breaks God’s heart. I do not want to break His heart any more, regardless if He is coming back tomorrow or a hundred years from now.

Now that I am older I don’t hear people talking about Jesus coming back in the next five years. So is the whole thing off?

One of Satan’s best weapons are over-zealous religious fanatics. They tell people Jesus is coming back during a certain time table, and then when their “prophecy” fails, people  doubt that Jesus is coming back at all. However this is all Satan’s plan. To get us to give up right before it happens. Concentration camp survivors say they survived because they never set a date for their rescue. Some wanted to be rescued by Christmas, and then when that came and went, they wanted to be rescued by Easter, and then when Easter came and went, they gave up hope. Others just knew that they would be rescued some day, and they survived.

As Seventh-day Adventists we must believe Jesus is returning, without setting dates. Some have gone to the other extreme now and don’t even preach the Second Coming at all. They preach social sermons which they find more practical in everyday living. While we must be practical, we must also realize that God formed our church over 150 years ago for a specific reason.

Are we embarrassed by our message? I am sure the disciples were embarrassed when Jesus was crucified, but there was no reason for them to be. Are we afraid people will not believe our message, so we just preach things we know the world will accept? If so, shame on us! We are doing our Savior and neighbor no justice by hiding our special message.

The Seventh-day Adventist church has a message that will do more than prepare people to live nice little lives in this world. We have a gospel that will prepare people for the world to come! We must let everyone know the Second Coming is still on!

There are twice as many prophecies about the Second Coming than there were about Jesus’ first advent. He came the first time, so we know beyond a shadow of a doubt He is coming the second time. Jesus warns against setting times for His return when He tells us, “ in the hour you think not, the Son of man cometh.” Satan has been using religious fanatics for years to get us all excited and then disappointed that He has not returned. Satan wants us to give up and think Jesus is not returning at all. There is great danger in what I was always hearing growing up – about Jesus coming in the next five years – because it does two things: It makes us give up hope when He does not return in those five years, and it also makes us think we have five years to prepare. One day we won’t have five years to prepare. We won’t have one year to prepare. In the hour we think not, He will come!

Don’t get ready, be ready! Be ready, not because He is coming back but because we love Him because He first loved us! The Adventist church – the church that believes the Bible prophecies about the Second Coming – has a reason to exist! If we just preach social day-by-day sermons that you can hear anywhere else, then we are not fulfilling our purpose for coming into existence over 150 years ago.  A true Adventist more than believes Jesus is coming. We love His appearing! We have a message to give to world and the people of the world are hungry for our message. We need to tell them that Jesus is coming back. Jesus loves them and wants to be with them forever!