John 14:1-3 is the best-known promise of Jesus’ second coming. What does this promise tell you about the kind of life the redeemed will live on the new earth? 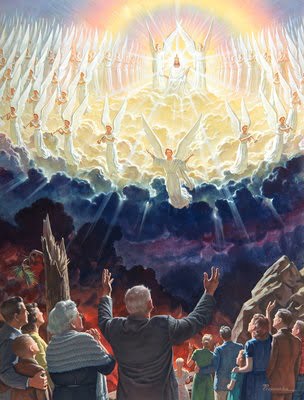 They expected all the prophecies and promises of Scripture to be fulfilled at the Second Advent, for it is the very goal of the Christian pilgrimage. All who love Christ look forward to the day they will be able to share face-to-face fellowship with Him. His words in those verses suggest a closeness and intimacy that we will share, not only with Jesus but with each other, as well.

Christians believe in this promise because the Bible assures us of its fulfillment. We have this assurance because we believe in the words of Jesus, “I will come again” (John 14:3, NKJV). Just as Christ’s first coming was prophesied, so His second coming also is foretold, even in the Old Testament. Before the Flood, God told the patriarch Enoch that the Messiah’s coming in glory would put an end to sin. He prophesied, “Behold, the Lord comes with ten thousands of His saints, to execute judgment on all, to convict all who are ungodly among them of all their ungodly deeds which they have committed in an ungodly way, and of all the harsh things which ungodly sinners have spoken against Him” (Jude 14-15, NKJV).

A thousand years before Jesus came to this earth, King David also prophesied of the Messiah’s coming to gather God’s people together. “Our God shall come, and shall not keep silent; a fire shall devour before Him, and it shall be very tempestuous all around Him. He shall call to the heavens from above, and to the earth, that He may judge His people: ‘Gather My saints together to Me, those who have made a covenant with Me by sacrifice” (Ps. 50:3-5, NKJV).

The second coming of Jesus is linked closely to His first advent. The prophecies that predicted His birth and ministry (for example, Gen. 3:15; Mic. 5:2; Isa. 11:1; Dan. 9:25-26) are the foundation for our hope and trust in the promises about His second coming. Christ “has appeared to put away sin by the sacrifice of Himself. … So Christ was offered once to bear the sins of many. To those who eagerly wait for Him He will appear a second time, apart from sin, for salvation” (Heb. 9:26, Heb. 9:28, NKJV).