↓
Home→Daily→Sunday: The Foundation of the Church

Jesus said on this rock I will build My church (Matt. 16:18, NKJV). Who is the rock (petra in Greek) upon which the church is built? Some interpreters believe that Peter is the rock. They argue that the Lord used a play on words between Peter and rock (Petros and petra, respectively, in Greek)-a play that presumably would be clearer in the Aramaic language, which Jesus probably used. The fact is, however, that nobody knows with certitude the exact wording of Jesus’ statement in Aramaic. We have only the Greek text recorded by Matthew, which distinguishes between Petros (stone) and petra (rock), a distinction that should not be overlooked.

There are good reasons to affirm that petra refers to Christ. The immediate context of Jesus’ statement (Matt. 16:13-20) centers on Christ’s identity and mission, not Peter’s. Besides, Jesus had previously used the image of building upon a rock, clearly identifying the rock as Himself and His teachings (Matt. 7:24-25). 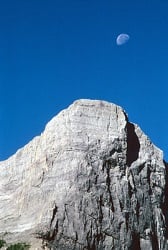 When Peter and the other apostles heard Jesus speaking of building His church on a rock, they would have interpreted the image in terms of what it meant in the Old Testament-namely, a symbol of God.

Peter himself affirmed that Christ is the stone which was rejected by you builders, which has become the chief cornerstone (Acts 4:11, NKJV), and he applied the term rock to Christ as the foundation of the church (1 Pet. 2:4-8). While he compared Christians in general to living stones, he applied the term rock (petra) to Christ alone. In the Bible no human being is called petra, except Jesus.

The apostle Paul used the term petra in reference to Christ (Rom. 9:33, 1 Cor. 10:4) and decidedly declared that no other foundation can anyone lay than that which is laid, which is Jesus Christ (1 Cor. 3:11, NKJV). We conclude, therefore, that the apostolic church unanimously understood that Jesus Christ Himself is the underlying petra upon which the church is built, and all the prophets and apostles, including Peter, are the first layer of living stones in the church’s spiritual edifice (Eph. 2:20).

Why is it important to know that the church, feeble as it sometimes may seem, is founded upon Christ Himself?