The Bible opens with the most sublime and profound words, words that are simple but that simultaneously contain a measureless depth when carefully studied. In fact, the greatest questions of philosophy regarding who we are, why we are here, and how we got here are answered by the first sentence of the Bible. 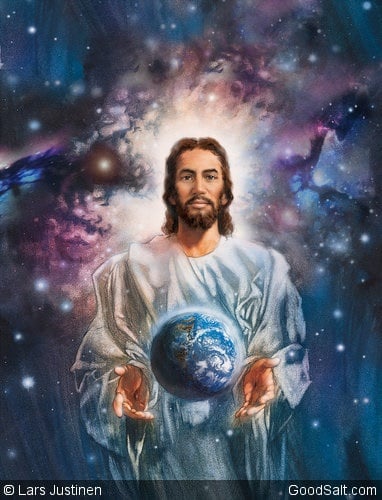 We exist because God created us at a definite time in the past. We did not evolve out of nothing; nor did we come into existence by chance, for no ultimate purpose, and with no planned direction, as much of the contemporary scientific model of origins now teaches. Darwinian evolution is contradictory to Scripture in every way, and attempts by some to harmonize it with the Bible make Christians look silly.

We also were created by God at an absolute point in time: “in the beginning”. This must mean that God existed prior to this beginning. That is, God existed before time was created and expressed in the daily cycle of “evening and morning” and in the months and in the years, all marked by the relationship of the world to the sun and moon. This absolute beginning is echoed and supported by other passages of Scripture, which continually reaffirm the nature and means of God’s creative work (John 1:1-3).

Read John 1:1-3 and Hebrews 1:1-2. Who was the agent of creation? Think about what it means that He also died on the cross.

The Bible teaches that Jesus was the agent of creation. The Bible says that “all things were made through Him, and without Him nothing was made that was made” (John 1:3, NKJV). Through Jesus “He made the worlds” (Heb. 1:1-2, NKJV). Because all things have their origin in Jesus in the beginning, we can have hope that in the end He will complete what He has begun, because He is the “Alpha and the Omega”, “the First and the Last” (Rev. 1:8, Rev. 22:13, NKJV).