↓
Home→Daily→Sunday: The Son of Man 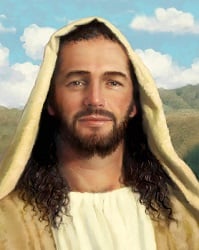 This idiomatic expression was common in the Old Testament. With just one exception, it always referred to a human; thus, Jesus used it in order to emphasize His humanity.

To the casual observer, Jesus seemed to be a common man who walked among the people as one of the multitude. Many of His contemporaries did not recognize in Him anything more than a man (John 7:46). People treated Him as one of them; they laughed at Him (Luke 8:53), criticized Him (Matt. 11:19), even mocked and beat Him (Luke 22:63). To them, He was just another human being.

Unfortunately, they failed to perceive that there is more to be found in this title. According to Daniel 7:13 and Daniel 7:14,

One like the Son of Man came with the clouds of heaven to the Ancient of days, and received eternal dominion, glory, and a kingdom. The Jews identified this Son of Man with the Messiah. So, when Jesus used this title, He was revealing, in a half-concealed way, that He was also the promised Messiah, the incarnate Christ.