↓
Home→Daily→Monday: The Son of God 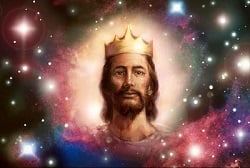 The title Son of God was used not only by Gabriel (Luke 1:35) but also by several people when addressing Jesus (Matt. 14:33, Mark 15:39, John 1:49, John 11:27). He accepted that title but was very careful not to apply it directly to Himself, lest He be stoned to death. Nevertheless, the Bible does reveal in different ways His special relationship with the Father.

The Father acknowledged Jesus as His Son at His baptism (Matt. 3:17); the same as at the Transfiguration (Matt. 17:5).

Their Father-Son relationship is unique. Christ is the only Being in the universe who enjoys that kind of relationship, because only He is of the very same nature as the Father. As believers, we have been granted the privilege of becoming children of God. But Jesus always was, is, and will be the Son of God.

With this concept in mind we can understand why Jesus said: the Son can do nothing of Himself, but what He sees the Father do (John 5:19, NKJV); because I do not seek My own will but the will of the Father who sent Me (John 5:30, NKJV). From this functional point of view, He could say: My Father is greater than I (John 14:28, NKJV).

Jesus was fully God and fully human. What does this amazing truth tell us about the close link between heaven and earth? What comfort can we draw from this close connection?