↓
Home→Daily→Sunday: The Love of the Father

Not too long before the cross, Jesus spoke with His inner circle about how people can come to the Father through Him. It was then that Philip said: “Lord, show us the Father, and it is sufficient for us” (John 14:8, NKJV). 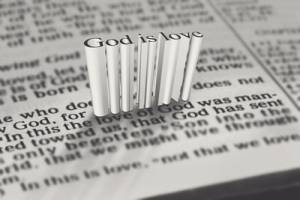 How did Jesus respond to Philip? John 14:9. What does His response teach us about the Father? What misconceptions about God should His response clear up?

Some people say that the God of the Old Testament is a God of justice in comparison to the God of the New Testament, who is full of mercy and grace and forgiveness. They draw a distinction between the two that is not valid. It’s the same God, with the same traits, in both the Old and New Testaments.

One reason Christ came to this world was to reveal the truth about God the Father. Through the centuries, wrong ideas about Him and His character had become widespread, not just among the heathen but among God’s chosen nation, as well. “The earth was dark through misapprehension of God. That the gloomy shadows might be lightened, that the world might be brought back to God, Satan’s deceptive power was to be broken”. — Ellen G. White, The Desire of Ages, p. 22. These were some of the reasons that Jesus came to this earth.

Remember, too, it was the God of the Old Testament who hung on the cross.