↓
Home→Tags the blessings of the righteous 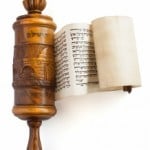 The contrast could not have been greater. On one side stood revered religious leaders whose very presence enlisted admiration. In their regal robes denoting their exalted position, they represented the height of spiritual achievement. Known as sticklers for adherence to the minutest rules of the law, they now appeared in stark contrast to the One that … END_OF_DOCUMENT_TOKEN_TO_BE_REPLACED