↓
Home→Daily→Thursday: The Holy Ones of the Most High

The “holy ones of the Most High” (NKJV) is a designation of God’s people. They are attacked by the power represented by the little horn. Because they insist on remaining faithful to God’s Word, they are persecuted during the times of papal rule. Christians were persecuted during the time of the pagan Roman Empire, too (the fourth beast itself), but the persecution mentioned in Dan. 7:25 is a persecution of the saints by the little horn, which arises only after the pagan phase of Rome ends. 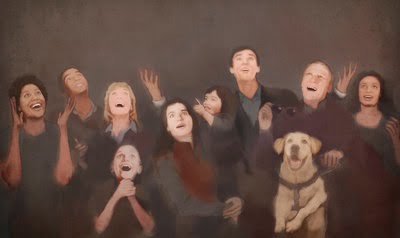 However, God’s people won’t be subjected to oppression by worldly power forever. The kingdom of God will replace the kingdoms of the world. Interestingly, in the actual vision, to the Son of man “was given dominion and glory and a kingdom” (Dan. 7:14, NKJV). But in the interpretation offered by the angel, it is the “holy ones” who receive the kingdom (Dan. 7:18, NRSV). There is no contradiction here. Because the Son of Man is related to God and humanity, His victory is the victory of those He represents.

When the high priest asks if Jesus is the Messiah, the Son of God, Jesus points back to Psalm 110:1 and Dan. 7:13-14 and says: “I am. And you will see the Son of Man sitting at the right hand of the Power, and coming with the clouds of heaven” (Mark 14:62, NKJV). Therefore, Jesus is the One who represents us in the heavenly tribunal. He has already defeated the powers of darkness and shares His triumph with those who come close to Him. Therefore, there is no reason to fear. As the apostle Paul so aptly states: “Yet in all these things we are more than conquerors through Him who loved us. For I am persuaded that neither death nor life, nor angels nor principalities nor powers, nor things present nor things to come, nor height nor depth, nor any other created thing, shall be able to separate us from the love of God which is in Christ Jesus our Lord” (Rom. 8:37-39, NKJV).