↓
Home » Thursday: Repent and Be Converted

The New Testament, of course, is filled with the idea of repentance. In fact, John the Baptist began his ministry with the call to repentance.

Read Matthew 3:1-8. How does the idea of “return” appear in these verses? In other words, what is John the Baptist telling them to do that reflects what was found in Deuteronomy? Why, also, would his words have special relevance for the Pharisees and Sadducees?

Jesus, too, began His ministry with calls for repentance.

Read Mark 1:15. What does Jesus say, and why does He relate repentance with the gospel? 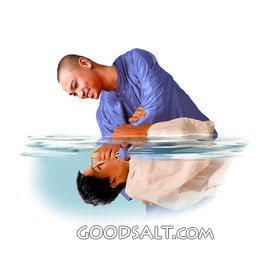 Whether it be John the Baptist talking specifically to the religious leaders or Jesus to the nation as a whole, the idea is the same. We are sinners, and though Christ came to save sinners, we must repent of our sins. And that repentance — whether as a backslider or as a faithful Christian who falls into sin or as a new convert — includes a turning from our old sinful ways. We must acknowledge our sinfulness and, expressing repentance for our sins themselves (and not just the consequences of them), we must make the conscious choice to put away those sins and, relying wholly on the merits of Jesus, “obey the voice of the LORD your God” (Deuteronomy 15:5).

Some biblical scholars see in the New Testament echoes of the idea of repentance as expressed in Deuteronomy. For example, when Peter accuses the nation of having crucified Jesus, many of the people “were cut to the heart, and said to Peter and the rest of the apostles, ‘Men and brethren, what shall we do?’” (Acts 2:37). That is, being aware of their sin, they were sorry for it (“cut to the heart”), and they wanted to know what they should do now to be right with the God whom they had offended.

Is this not pretty much the same situation as with all of us: sinners who have offended God?