↓
Home » Wednesday: With All Your Heart

Deuteronomy 30:1-10 reveals the grace and goodness of God for backsliders and sinners, even when those sinners and backsliders were previously blessed by God in unique ways: “For what great nation is there that has God so near to it, as the LORD our God is to us, for whatever reason we may call upon Him?” (Deuteronomy 4:7). Even despite all that He had done for them, and despite the fact that they had no real excuse or justification for their sin, they sinned anyway (can anyone relate?).

In Deuteronomy 30:1-10, focus on what their repentance, their returning (teshuvah) to God entailed. What was required, and what should that teach us today about what true repentance involves? 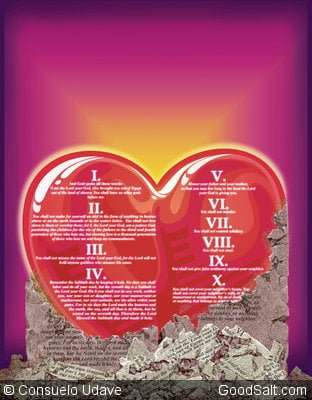 Ultimately, they had to make the choice to return to Him, and to obey Him, with all their hearts. In one sense, the real issue was their hearts, because if their hearts were right with God, their actions would follow: that is, they would be obedient.

This is why they were given the wonderful promise that if they “returned” to the Lord, sincerely turned to Him, then He would work in them and would “circumcise” their hearts. They have to make the choice, amid their captivity, to return to God, and He would then bring them back to Himself and to the land. And then there, in the land, He would bless them. And part of the blessing is that He would work in them to change their hearts even more toward Him, so that they and their children would “love the LORD your God with all your heart and with all your soul, that you may live.”

In the end, responding to the promptings of God (see Acts 5:31), they would have to truly repent of their sins. And, although dealing with a different historical context, Ellen G. White wrote: “The people mourned because their sins had brought suffering upon themselves, but not because they had dishonored God by transgression of His holy law. True repentance is more than sorrow for sin. It is a resolute turning away from evil.” — Patriarchs and Prophets, p. 557. And this is a truth that we can see in Deuteronomy 30:1-10.