↓
Home→Daily→Thursday: The Secret of Such a Faith

As we reflect on the experience of Shadrach, Meshach, and Abed-Nego, we may ask ourselves: What is the secret of so strong a faith? How could they have been willing to burn alive rather than worship the image? Think about all the ways that they could have rationalized bowing in submission to the orders of the king. And yet, despite realizing that they could have died, as so many others had done, they nevertheless stand firm. 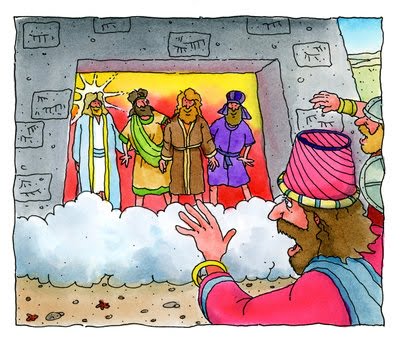 In order to develop such a faith, we need to understand what faith is. Some people have a quantitative perception of faith; they measure their faith by the answers they seem to receive from God. They go to the shopping mall and they pray for a parking space. If they happen to get a space upon arrival, they conclude that they have strong faith. If all the slots are filled, they may think their faith is not strong enough for God to listen to their prayers. This understanding of faith becomes dangerous because it attempts to manipulate God and does not reckon with God’s sovereignty and wisdom.

Indeed, true faith, as manifested by Daniel’s friends, is measured by the quality of our relationship with God and its resulting absolute confidence in God. Authentic faith does not seek to bend God’s will to conform to our will; rather, it surrenders our will to the will of God. As we saw, the three Hebrew men do not know exactly what God has in store for them when they decide to challenge the king and remain faithful to God. They decide to do the right thing despite the consequences. This is what really characterizes a mature faith. We show real faith when we pray to the Lord for what we want but trust Him to do what’s best for us, even if at the time we don’t understand what is happening or why.