Certainly, we all need rest, which is why it’s a theme found all through the Bible. Though God created us for activity, that activity is to be punctuated by rest.

The Hebrew Old Testament, for instance, includes a number of terms denoting rest. The description of God’s resting on the newly created seventh day in  Genesis 2.2-3 uses the verb shabbat, “to cease work, to rest, to take a holiday,” which is the verbal form of the noun “Sabbath.” The same verb is used in Exodus 5:5 in a causative form and translated as “making someone rest” from their work. Angry pharaoh accuses Moses of “making them rest” from their labor. 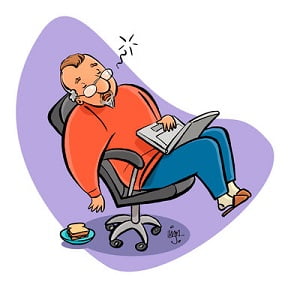 The reference to God’s resting activity on the seventh-day Sabbath in the fourth commandment is expressed by the Hebrew verbal form nuakh (Exodus 20:11, Deuteronomy 5:14). The verb is translated as “rest” in Job 3:13 or, more figuratively, “settled,” referencing the ark of the covenant in Numbers 10:36. Second Kings 2:15 notes that Elijah’s spirit “rested” on Elisha.

Another important verbal form is shaqat, “be at rest, grant relief, be quiet.” It is used in Joshua 11:23, where it describes the rest of the land from war after Joshua’s initial conquest. The term often appears to indicate “peace” in the books of Joshua and Judges.

The verb raga‘ is also used to indicate rest. In the warnings against disobedience in Deuteronomy, God tells Israel that they won’t find rest in exile (Deuteronomy 28:65). The same verb appears also in a causative form in Jeremiah 50:34, describing the Lord’s ability to provide rest.

Both verses use an idiomatic expression from the verb shakab, which literally means “to lie down, sleep.” In God’s covenant with David, God promises the future king of Israel that “when your days are fulfilled and you rest with your fathers, I will set up your seed after you” (2 Samuel 7:12).

The long (and here incomplete) list of different Hebrew verbs denoting rest helps us to understand that the theological concept of rest is not connected to one or two particular words. We rest individually and collectively. Rest affects us physically, socially, and emotionally and is not limited to the Sabbath alone.