“He believed in the LORD; and he counted it to him for righteousness” (Genesis 15:6).

This verse remains one of the most profound statements in all Scripture. It helps establish the crucial truth of biblical religion, that of justification by faith alone, and it does this long centuries before Paul wrote about it in Romans. All of which helps prove the point that from Eden onward, salvation always came the same way. 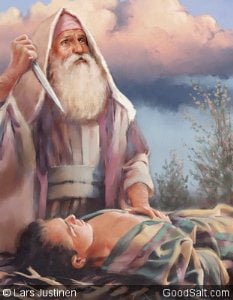 However much Abram’s life was a life of faith and obedience, it was not a life of perfect faith and perfect obedience. At times he displayed weakness in both areas. (Does that sound like anyone you know?) All of which leads to the crucial point, and that is: the righteousness that saves us is a righteousness that is credited to us, a righteousness that is (to use a fancy theological term) imputed to us. This means that we are declared righteous in the sight of God, despite our faults; it means that the God of heaven views us as righteous even if we are not. This is what He did with Abram, and this is what He will do to all who come to Him in “the faith of Abraham” (Romans 4:16).

Read Romans 4:1-7. Look at the context in which Paul uses Genesis 15:6. Pray over those verses and write out in your own words what you believe they are saying to you.