Peter makes it clear that to suffer persecution for being a Christian is to partake of Christ’s suffering. 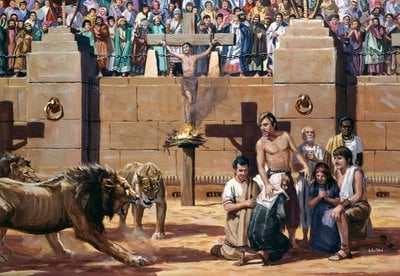 It is not something to be unexpected. On the contrary, as Paul would write: “Yes, and all who desire to live godly in Christ Jesus will suffer persecution” (2 Tim. 3:12, NKJV). Jesus Himself warned His followers about what they would face: “‘Then they will deliver you up to tribulation and kill you, and you will be hated by all nations for My name’s sake. And then many will be offended, will betray one another, and will hate one another’” (Matt. 24:9-10, NKJV).

According to Ellen G. White: “So it will be with all who live godly in Christ Jesus. Persecution and reproach await all who are imbued with the Spirit of Christ. The character of the persecution changes with the times, but the principle-the spirit that underlies it-is the same that has slain the chosen of the Lord ever since the days of Abel.” – The Acts of the Apostles, p. 576.

Read Revelation 12:17. What does it say about the reality of persecution for Christians in the last days?

No question, for a faithful Christian, persecution can be an ever-present reality, which is what Peter is dealing with here in warning his readers about the “fiery trial” they were facing.

Fire was a good metaphor. Fire can be destructive, but it also can clean away impurities. It depends on what is experiencing the fire. Houses are destroyed by fire; silver and gold are purified by it. Though one should never purposely bring on persecution, God can bring good out of it. Thus, Peter is telling his readers (and us): Yes, persecution is bad, but don’t be discouraged by it as if it were something unexpected. Press on ahead in faith.