Intercessory prayer is biblical. Throughout his ministry, Paul prayed for the new converts in the churches that he established through his evangelistic ministry. Paul believed that something happened when he prayed that would not happen if he did not pray. Although he was separated from those he loved, he recognized that they could be united in heart as they prayed for each other.

Read Ephesians 1:15-21. On the lines below, list the different requests Paul made to God for the Ephesians. What did he specifically ask God to give them? 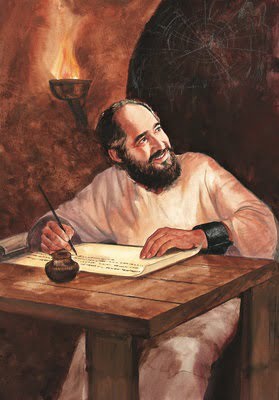 Paul’s prayer for the Ephesian believers is remarkable. He prayed that God would give them wisdom and spiritual discernment, that He would enlighten their minds with divine truth and give them the hope of eternal life. He also prayed that they would experience the mighty working of God’s power in their lives. This God is so powerful, so mighty, that He raised Jesus from the dead, an event that forms the foundation of their hope of eternal life in Him. His prayer concludes by reminding them of the “riches of Christ’s glory” and “His inheritance”. The Ephesian Christians must have been filled with encouragement, knowing that Paul was praying for them and knowing what he was praying about.

Read Philippians 1:3-11 and note the tone of Paul’s prayer. If you were a Philippian church member and received a letter like this from Paul, sharing with you not only that he was praying for you but the content of his prayer, how would you feel, and why? What promises are found in its words? At the same time, what admonitions are there, as well?

These are some of the most uplifting and encouraging words in the Bible, filled with promises, as well as calls to be filled with the love and knowledge and discernment that comes from knowing Jesus so that we can be all that God intends us to be in Him.