Isaiah’s ministry lasted from about 745 B.C. to about 685 B.C. After mentioning a conqueror from the east and from the north (Isaiah 41:2-3, Isaiah 41:25) and implying that this was to be good news for Jerusalem (Isaiah 41:27), Isaiah accurately predicted Cyrus by name and described his activities. 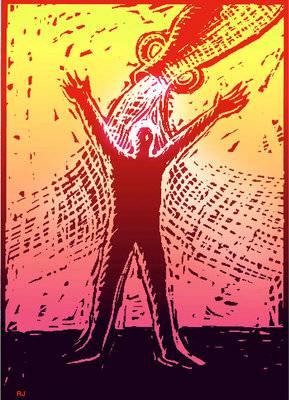 He did come from north and east of Babylon and conquer it in 539 B.C.; he did serve God by releasing the Jews from their Babylonian exile; and he did authorize the rebuilding of the temple in Jerusalem (see Ezra 1).

Put this prediction into perspective. Since there are about one hundred forty-six years from the time of Isaiah’s death to the fall of Babylon, his prophecy was a century and a half ahead of its time. It would be like George Washington predicting that a man named General Dwight Eisenhower would help liberate Europe in 1945!

Because the actions of Cyrus are well attested from a variety of ancient sources, including Babylonian chronicles, his own report in the “Cyrus Cylinder,” and the Bible (2 Chronicles 36:22-23; Ezra 1:1-11; Daniel 5:1-31; Daniel 6:28; Daniel 10:1), the accuracy of Isaiah’s prophecy is beyond dispute. This confirms the faith of people who believe that true prophets receive accurate predictions from God, who knows the future far in advance.

The Hebrew word for “anointed” here is the word from which we get the word Messiah. Elsewhere in the Old Testament, this word could refer to an anointed high priest (Leviticus 4:3, Leviticus 4:5, Leviticus 4:16; Leviticus 6:22), an anointed Israelite king (1 Samuel 16:6; 1 Samuel 24:6, 1 Samuel 24:10; 2 Samuel 22:51), or the Messiah, a future ideal Davidic king and deliverer (Ps: 2:2; Daniel 9:25-26). From Isaiah’s perspective, Cyrus was a future king, sent by God to deliver His people. But he was an unusual messiah, because he was non-Israelite. He would do some things the Messiah would do, such as defeat God’s enemies and release His captive people, but he could not be the same as the Messiah, because he was not descended from David.

By predicting Cyrus, God proved His unique divinity by demonstrating that He alone knows the future (Isaiah 41:4, Isaiah 41:21-23, Isaiah 41:26-28; Isaiah 44:26). He also reached out to Cyrus: “I will give you the treasures of darkness and riches hidden in secret places, so that you may know that it is I, the LORD, the God of Israel, who call you by your name” (Isaiah 45:3, NRSV).