The fact that Isaiah accurately predicted Cyrus by name disturbs people who do not believe that prophets receive predictions from God. To cope, they accept the theory that another prophet, a “second Isaiah,” living in the time of Cyrus, wrote Isaiah 40-66. Thus, the book of Isaiah is “sawn in two,” the same fate traditionally understood to have befallen the prophet himself (see Heb: 11:37). 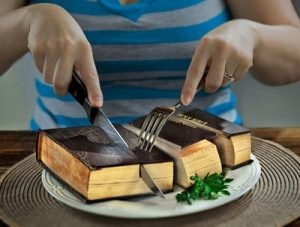 There is, however, no historical witness to the existence of a second “Isaiah.” If he did exist, it would be strange for the Bible not to mention him, because his message is profoundly important, and his literary artistry is phenomenal. Not even the oldest Bible manuscript, the Isaiah scroll from Qumran, has any break between Isaiah 39 and 40 that would indicate a transition to the work of a new author.

Isaiah’s basic message is consistent throughout his book: Trust the true God, including His messianic Deliverer, rather than other powers. Scholars rightly emphasize the shift in focus from the Assyrian period in Isaiah 1-39 to the Babylonian period in chapters 40 and following. But we have found that Isaiah 13-14 and 39 already envisage a Babylonian captivity. It is true Isaiah 1-39 emphasizes judgment and Isaiah 40-66 emphasizes consolation. But in the earlier chapters, divine comfort and assurance are abundant also, and later passages, such as Isaiah 42:18-25, Isaiah 43:22-28, and Isaiah 48:1-11, speak of God’s judgments on Judah for forsaking Him. In fact, Isaiah’s predictions of future comfort imply suffering in the meantime.

Though the nation did face terrible calamity because of the people’s sins, some among them did not give up hope. They clung to God’s promises, such as found in Leviticus 26:40-45. Read the verses carefully. Put yourself in the place of those Hebrews who were alive after the nation’s defeat by Babylon. What hope could you find in these words?