↓
Home→Daily→Tuesday: The Sabbath and Creation

Today the seventh-day Sabbath is heavily under attack in secular society and in religious communities. This fact can be seen in the work schedules of global corporations; in the attempted change of the calendar in many European countries designating Monday as the first day of the week and Sunday as the seventh day; and by the recent papal encyclical on climate change that calls the seventh-day Sabbath “the Jewish Sabbath” and encourages the world to observe a day of rest to alleviate global warming (Pope Francis, Laudato Si’, Vatican City: Vatican Press, 2015, pages 172, 173). 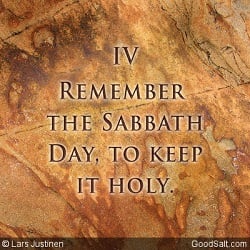 The Bible says, “And on the seventh day God ended His work which He had done” (Gen. 2:2, NKJV). “After resting upon the seventh day, God sanctified it, or set it apart, as a day of rest for man”. — Ellen G. White, Patriarchs and Prophets, p. 47. This is why Jesus can say, “The Sabbath was made for man, and not man for the Sabbath” (Mark 2:27, NKJV). Jesus could make this authoritative statement because He made or created the Sabbath as the eternal sign and seal of God’s covenant with His people. The Sabbath was not for the Hebrew people only, but for all humanity.

Genesis indicates three things that Jesus did after He created the Sabbath day. First, He “rested” (Gen. 2:2), giving us a divine example of His desire to rest with us. Second, He “blessed” the seventh day (Gen. 2:3). In the Creation narrative, animals are blessed (Gen. 1:22), and Adam and Eve are blessed (Gen. 1:28), but the only day specifically blessed is the seventh day. Third, God “sanctified it” (Gen. 2:3) or “made it holy”.

No other day in the Bible receives these three designations. These three actions are repeated in the fourth commandment, though, when God writes with His own finger and points back to Creation as the foundation for the Sabbath (Exod. 20:11).