Seventh-day Adventists see the three angels’ messages of Revelation 14:6-12 as depicting their mission and the core of their message just before the second coming of Jesus (Rev. 14:14-20). These are the important messages to be preached with “a loud voice” to all inhabitants of the earth.

Read Revelation 14:6-7. What is the first angel’s message, and what does it say about God? Why is there a reference to worship in this message? 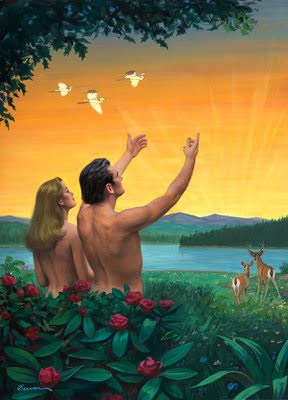 The first of the three angels’ messages proclaims a message to the entire world. This is the fulfillment of Jesus’ prediction in Matthew 24:14. There is a sense of urgency and haste in the depiction of these three angels and their mission. The first message urges people to focus on God because “the hour of His judgment has come” (Rev. 14:7, NKJV). The second coming of Jesus is the catalyst for the judgment.

“Fear God”, the angel says (Rev. 14:7). For those who do not take God seriously, this message and call to action will indeed generate fear in their mind. But for those who have been followers of Jesus, this call invites awe and respect. They look up to God and see the fulfillment of His promises. A sense of grateful reverence for God overtakes them.

“And worship Him who made heaven and earth, the sea and springs of water” (Rev. 14:7, NKJV). This language makes an unmistakable allusion to the Sabbath commandment, with its reference to Creation (see Exod. 20:8-11). The God of Creation, who instituted the Sabbath as a memorial of His creative power, is the One who is to be worshiped and revered.

It is interesting to note that at the end of time worship is identified as a key issue in the great controversy for the allegiance of the human race. This worldwide announcement is a call to worship the Creator.

“The central issue in the final crisis will be worship. Revelation makes clear that the test will not be denial of worship, but rather who is worshiped. At the time of the end, only two groups of people will be in the world: those who fear and worship the true God (Revelation 11:1, Revelation 11:18; Revelation 14:7) and those who hate the truth and are worshipers of the dragon and the beast (Revelation 13:4-8, Revelation 14:9-11). …

“If worship is the central issue in the final conflict, no wonder then that God sends his end-time Gospel urging the inhabitants of the earth to take him seriously and worship him as the Creator, the only One worthy of worship.” – Ranko Stefanovic, Revelation of Jesus Christ: Commentary on the Book of Revelation (Berrien Springs, Mich.: Andrews University Press, 2002), pages 444, 445.