Some people teach that in the end God is going to save all human beings, regardless of what they believed or even how they lived.Universalism is the conviction that all persons are so related to God that they will be saved, even if they never heard or believed the gospel. After all, John 3:16 says: God so loved the world. 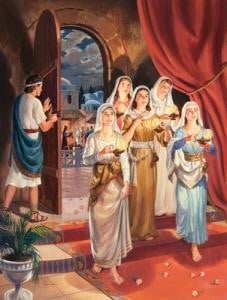 Thus, in this thinking, if He loves everyone, how can anyone be lost, especially if being lost means eternal torment in hell? How could God burn forever someone whom He loves? Hence, we can see how one false doctrine (eternal torment) leads to another (universalism).

Related to universalism is pluralism, the conviction that all religions are equally valid and lead equally to God and salvation. No religion is inherently better than, or superior to any other religion, at least according to this theology. A pastor in a church in California wrote on the church Web site that his congregation does not believe that Christianity is superior in any way to other religious beliefs.

For pluralists, the vast range of religious rituals and beliefs, symbols and metaphors, are mere surface differences concealing a similar core of all religions. Pluralists point out, for example, that most religions emphasize love for God and love for fellow human beings, a form of the golden rule, and hope for a blessed future life. According to them, all faiths, at the core, teach the same thing; hence, they are all valid paths to God, and it is very chauvinistic and arrogant to try to push Christian beliefs upon those who are members of non-Christian faiths.

No question, both universalism and pluralism are contrary to Scripture. Not everyone will be saved; and all faiths do not lead to salvation.

What answer would you give to someone who argues that Christianity’s claim to be the only true path to salvation (see John 14:6) is arrogant and exclusivist? Share your answer with your class on Sabbath.