↓
Home→Beliefs About the Body of Christ→Remnant and Its Mission - Fundamental Belief 13→Evangelism→Visions of Hope (Zechariah)
“This is what the Lord Almighty said: ‘Administer true justice; show mercy and compassion to one another. Do not oppress the widow or the fatherless, the foreigner or the poor. Do not plot evil against each other.’” Zechariah 7:9-10, NIV 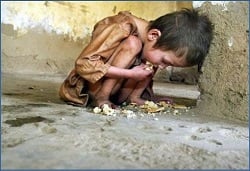 An oft-recurring theme with the Minor Prophets and echoed again with Zechariah is the plight of the oppressed. Strangely, it is not the foreigners that Zechariah is accusing of this crime. It is God’s chosen people, the Jews. Today’s parallel might be the Christian church. If it is, we must ask ourselves if we are failing to show mercy and compassion. Do we show proper care for the widow, the orphan, the foreigner and the poor? Or are we more likely to feel threatened by them. Do we suppress feelings of compassion because we worry that their lifestyle choices might compromise our faith or that of our families? Does schadenfreude cause us to feel that their mistakes in judgment have brought about their current circumstances, and we should not interfere with the working of their “karma?”

Is it possible for a Christian to have responses like these to the suffering around them? Perhaps to understand the answer to that, we must understand what a Christian is. There are many organizations and individuals who call themselves Christian. They put the name of Christ on their buildings and sport Christian symbols on their persons and vehicles. They listen to Christian music and read Christian novels. The Christian jargon rolls from their lips with a natural grace that bears witness to their relationship to Jesus. Or does it?

In spite of the outward appearance of such affectations, the life tells the story. This was reflected in the popular phrase “What Would Jesus Do?” If we apply that we can ask ourselves some pretty clear questions about what it means to be a Christian. For instance, would Jesus be more likely to shell out fifty dollars for a ticket to a Michael W. Smith concert, or contribute that same amount to a clinic providing medical care to the homeless? Would Jesus spend thousands of dollars to jet one person to a foreign country to help build a church building for the native people who may be too poor to even have the means to maintain the building, or would He contribute those thousands to hire ministers who are native to that country and will spread the gospel more effectively? In addition, they will be able to feed and educate their families while they do so. A church with Jesus’ name on it may be an impressive memorial in a country with few such buildings, but it does little to fill the empty bellies of the children of that country.

Why do we so often identify Christianity with things, like buildings, instead of with people’s needs? This causes us to come across like a plutocrat who gives a Rolls Royce to a shoeless man he sees walking down the street. Even if he includes a full tank of gas, eventually the poor man will be doing his shoeless shuffle down the dusty street again, because the gas will run out, and he does not have the means to buy more. Instead of things that do not help, Jesus gave people hope and a future.1

When a person receives an education, he has hope for the future, and when he has a job that can sustain him and his family, he can work to realize those dreams. Instead of working to make that possible, our efforts to “spread the gospel” can become little more than thinly veiled neo-colonialism. Too easily we in the West forget that our blessings are the result of our good fortune to be born where we were. We take for granted that we can go to school and one day pursue a career that will allow us a higher living standard than most of the rest of the world. However, Eighty percent of the world’s population lives on less than $10.00 per day.2 They are not so fortunate, due to their accident of birth.

Such low incomes cannot sustain the style of living enjoyed by Western Christians. Is it reasonable then to expect them to be able to maintain Western sponsored structures and institutions once the money stops flowing? Yet we continue with this colonial approach to evangelism.

No doubt, some of those who are working in this way are sincere in their desire to introduce the poor natives to Jesus, and the baptisms can be plentiful. But are the native converts attracted to Jesus as much as to the obvious wealth of someone who can fly across the globe with expensive technology in tow. Many of these natives have lived their whole lives in one tiny village, with walking or a small bike or moped as their primary means of transportation. Then someone shows up in their village speaking a strange language and wearing clothes that are nicer than anything they have been able to afford. They talk of places the natives have never been and have not even heard of. A whole new world of possibilities has opened up. They are drawn to this friendly person and the Western world they represent. Then the missionary tells them that he loves Jesus, and they should, too. Putting two and two together based on their primitive understanding of religion, the natives may associate the wealth of the visitor with the power of his or her God. They naturally want to belong to such a powerful god that can send people half way around the world in a jet airplane. What is collecting coconuts from a tree and living in a grass hut compared to that?

Perhaps this is why Jesus was not born in a king’s palace and had nowhere to lay His head.3 This is not to say that people were not drawn to Him for the wrong reasons. They even wanted to make Him king when he miraculously fed thousands from a few loaves of bread and some fish.4 His experience shows that even when we are merely relieving suffering, we may be misunderstood. However, even those who misunderstood Him did not go away with empty stomachs. Even after His resurrection, he was ever thoughtful of others material needs. Calling to his disciples, who had been fishing all night, He prepared breakfast so they could visit together without hunger.5

If we define being a Christian in terms of being Christ like, maybe we will find ourselves more in line with the Savior who ministered to people’s needs as opposed to racking up baptism statistics.6  If people’s needs are met from love rather than to simply get them into the water for baptism, they will be drawn to that love more than to the material blessings provided.  As one author wrote, “If we follow Christ’s example in doing good, hearts will open to us as they did to Him.”7

What does it accomplish if a person comes to a nice church once a week, but his Christian brothers and sisters allow him to spend the other six days in a hovel with not enough to eat and rags to wear? Have we shown mercy and compassion to such a one? Some might say it is impossible to make a difference for the entire world, but if we can make a difference for one, the world is still a better place for it.

We do not even need to travel to other countries to make a difference. We have opportunities to show compassion wherever we live. There are people who attend our churches each week and the only human touch they have all week is the greeter’s handshake when they come to church. Sadly, some churches do not even have greeters, but even if they do, is it enough, or would Jesus go to their homes and share his healing compassionate touch where they live?

For others, the occasional potluck meal at church is the only regular meal they receive because they do not have the means to have such a meal at home. Would Jesus seek these people out and make sure they were eating properly? Or would He grumble about the amount they were eating at potluck?

Others may show up every week for church in a suit or a dress so we assume they are doing fine. We overlook that the suit or dress is the same one they have worn for fifteen to twenty years. Would Jesus make comments about their clothing being out of style or threadbare?  Or would He tactfully share with them without shaming them so they could be better clothed?