↓
Home→Daily→Wednesday: The Covenant and the Gospel

There were strong consequences for violating certain biblical covenants. Yahweh warned Abraham that any male who was not circumcised would be cut off from the chosen (Gen. 17:14), and a litany of curses was directed toward those who refused to abide by the terms of the Sinai covenant (Deut. 27:11-26). Ultimately, those who violated the terms of the covenant would be punished with death (Ezek. 18:4). The same is true for the New Covenant: those who refuse to keep God’s law are also denied access to eternal life (Rom. 6:23). 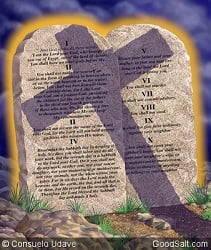 Read Hebrews 9:15-28. In what ways is the gospel revealed in these verses?

Hebrews 9:15-28 repeats the gospel story as it proclaims the part that Christ plays in securing the promises for believers. Verse 15 points out that Jesus functions as the mediator of the New Covenant who, through His death, offers eternal life to those who otherwise would face eternal destruction.

In verses 16 and 17 some Bible translations switch from discussing covenant and introduce the term will instead, even though the same Greek word is used. This brings in the whole idea of death, the death of Jesus for us. When viewed in that context, the passage reminds the believer that without Christ the covenant requires the death of each sinner. However, the sinner can be covered and then cleansed by Christ’s shed blood and thus be among those who eagerly wait His return (Heb. 9:28, NKJV).

Then we shall know that our own righteousness is indeed as filthy rags, and that the blood of Christ alone can cleanse us from the defilement of sin, and renew our hearts in His own likeness.-Ellen G. White, Steps to Christ, p. 29.

God Himself, in the person of Jesus, bore in Himself the punishment for our sins in order to spare us that punishment, which we deserve. What does this tell us about the character of God, and why we can trust Him, no matter our circumstances?