Read Genesis 5:1-32 and Genesis 11:1-32 . How does the Bible trace the history of humanity from Adam to Noah, and from Noah to Abraham?

There is one element that makes these genealogies unique in the Bible: they contain the element of time, causing some scholars to correctly call them “chronogenealogies”. 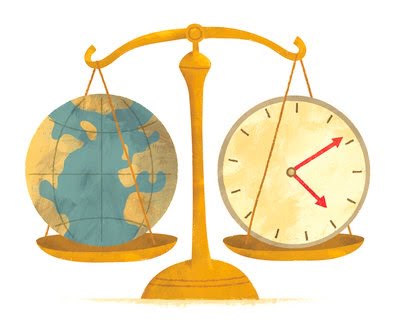 They contain an interlocking mechanism of descent information coupled with spans of time, so that “when Person One had lived x years, he fathered Person Two. And Person One, after he fathered Person Two, lived y years, and he fathered other sons and daughters”. Genesis chapter 5 adds the formula phrase, “And all the days of Person One were z years”. This interlocking system would have precluded deleting certain generations or adding them. Genesis chapter 5 and 11 contain a continuous line of descent, as corroborated by 1 Chronicles 1:18-27, in which there are no added or missing generations. In this way the Bible interprets itself.

For nearly 2,000 years, Jewish and Christian expositors have interpreted these texts to represent history and an accurate way to determine the date of the Flood and the age of the earth, at least from the seven days of Creation as depicted in Genesis chapters 1-2.

In recent decades, there have been attempts to reinterpret Genesis 5 and 11 to accommodate longer ages, as some archaeological and historical data are interpreted (by fallible human beings) to suggest. This raises serious questions about the reliability of the Bible record.

But if we are to understand God’s concept of time and its progression through history, we must recognize that these two chapters are “both historical and theological, linking Adam with the rest of humankind and God with man in the realm of the reaches of space and time. Genesis 5 and 11:10-26 provide the time framework and human chain that link God’s people with the man whom God created as the climax of the six-day creation event of this planet”. — Gerhard F. Hasel, “The Meaning of the Chronogenealogies of Genesis chapters 5 and 11”, Origins 7/2 [1980], p. 69.