↓
Home→Daily→Wednesday: A Great Obstacle for Unity

How can Jesus’ words in Matthew 7:1-5 help us to avoid divisions and conflicts in the church? 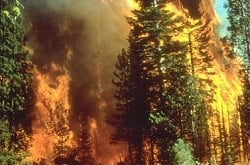 It is much easier to see the faults in others than to see our own. To criticize gives a false sense of superiority, because the critic compares himself with other human beings who seem to be worse than he is. Our aim, however, is not to compare ourselves with others but with Jesus.

How many problems could we avoid if we would all obey the divine command: You shall not go about as a talebearer among your people (Lev. 19:16, NKJV). It is painfully true that a whisperer separates the best of friends (Prov. 16:28, NKJV).

On the other hand, there are circumstances when it is necessary to speak about another person. Before we do that, however, we should ask ourselves three questions:

James compares the tongue with a little fire that kindles a great forest (James 3:5-6). If we hear gossip, we shouldn’t add more wood to the fire, because where there is no wood, the fire goes out; and where there is no talebearer, strife ceases (Prov. 26:20, NKJV). Gossip requires a chain of transmitters to be alive. We can stop it by simply refusing to hear it; or, if we have already heard it, avoid repeating it. Instead of gossiping, thus creating mischief, let us tell of the matchless power of Christ, and speak of His glory. — Ellen G. White, The Upward Look, p. 306.

There’s no doubt about it: criticism of others can make us feel better about ourselves. What happens, however, when we compare ourselves with Jesus?