A hypocrite is somebody who play-acts, who wants to appear to be somebody who he or she is not. The term is used seven times in Matthew chapter 23 in a discourse in which Jesus publicly shames the scribes and Pharisees, the very center of Jewish religious leadership ( Matthew 23.13-14, Matthew 23:15, Matthew 23:23, Matthew 23:25, Matthew 23:27, Matthew 23:29). The Gospels show us Jesus offering grace and forgiveness to adulterers, tax collectors, prostitutes, and even murderers, but He demonstrated little tolerance for hypocrites (see the many additional references in Matthew 6:2, Matthew 6:5, Matthew 6:16; Matthew 7:5; Matthew 15:7-9; Matthew 22:18).

Read Matthew 23:1-13 and list four main characteristics of a hypocrite mentioned by Jesus. 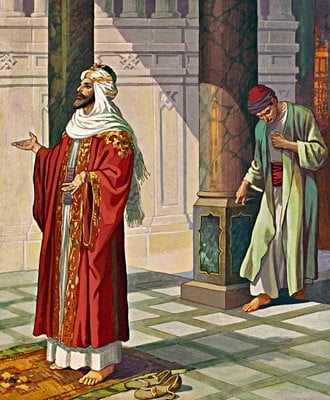 Jesus associates four characteristics with the scribes and Pharisees. In the spectrum of Judaism in the first century A.D., the Pharisees represented the conservative religious right. They were interested in the written and oral law and emphasized ritual purity. On the other side of the spectrum were the Sadducees, a group of mostly wealthy leaders, often associated with the elite priestly class. They were highly Hellenized (i.e., they spoke Greek and were at home in Greek philosophy) and did not believe in a judgment or an afterlife. We would describe them as liberals. Both groups were guilty of hypocrisy.

According to Jesus, we are hypocrites if we don’t do what we say, when we make religion harder for others without applying the same standards to ourselves, when we want others to applaud our religious fervor, and when we require honor and recognition that belongs only to our heavenly Father.

No matter how sharp and to-the-point His words, Jesus’ engagement with those He called hypocrites was nevertheless full of love and concern, even for these hypocrites.

“Divine pity marked the countenance of the Son of God as He cast one lingering look upon the temple and then upon His hearers. In a voice choked by deep anguish of heart and bitter tears He exclaimed, ‘O Jerusalem, Jerusalem, thou that killest the prophets, and stonest them which are sent unto thee, how often would I have gathered thy children together, even as a hen gathereth her chickens under her wings, and ye would not!’” — Ellen G. White, The Desire of Ages, p. 620.